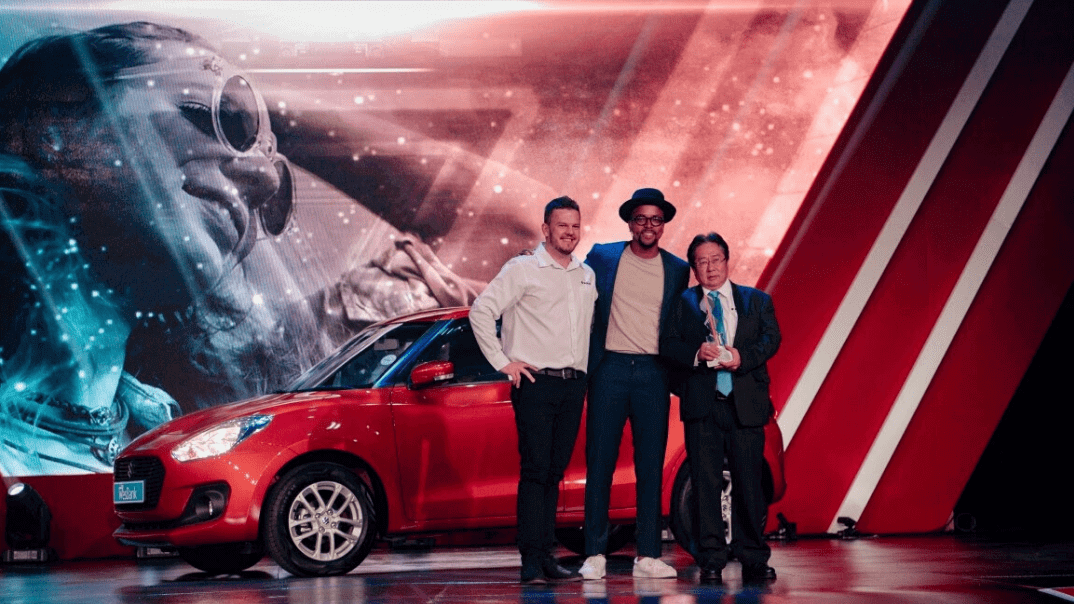 Suzuki remains a budget-beater and a top brand

Suzuki remains a budget-beater and a top brand

The Suzuki Swift returned to the stage at the 2019  Cars.co.za  Consumer Awards – powered by WesBank – as the undisputed king of the budget car category.

The Swift was crowned the winner for the second year in a row, while Suzuki took the top honours in this category for the fourth year in a row, winning first with the Celerio and then the Ignis, before handing the baton to the Swift. During that period, it consistently beat some of the best-selling vehicles in South Africa.

“The Budget Car of the Year award is arguably one of the most important categories in the Cars Awards,” says André Venter, divisional manager for sales and marketing at Suzuki Auto South Africa. “In a declining market and a tough economic environment, this accolade proves that Suzuki offers some of the best value on the market and has offered it consistently for as long as the competition has been running.”

Launched in 2015, the  Cars.co.za  Consumer Awards – powered by WesBank - combines the feedback from a large pool of judges with the input from thousands of customers. In doing this, the positive impression of a brand-new car is tempered by the feedback from customers who have driven the vehicle, lived with it and dealt with the dealer, who has to service it and provide affordable service and replacement parts.

“It is very heartening to see that the  Cars.co.za  judges and our customers feel equally positive about the Swift. The combination of high scores from both the judges and the public has helped us beat the two other finalists and the many other budget vehicles, which were considered as eligible vehicles or semi-finalists,” says Venter.

While the Swift has worn the Budget Car crown for two years in a row, it was also one of the budget finalists in the inaugural competition in 2015, making Suzuki the only brand that has had a finalist in all five competitions.

“Suzuki has never wavered from its focus on providing value-beating and high-performing compact vehicles. The Swift is perhaps the best-known, having won the Japan RJC Car of the Year competition for each of the last three generations, but the Jimny, Ignis, Celerio and upcoming S-Presso are also highly regarded by motoring specialists across the world,” says Venter.

The Budget Car category is capped at R200 000 and considers the vehicles that offer the best possible value and performance for money. In this year’s competition, the Swift offered the most affordable price and the most powerful engine of the finalists. It also proved that budget does not mean unsafe, thanks to the standard inclusion of two airbags, ABS brakes and ISOFIX child seat anchors as standard.

Five years on the podium for Brand of the Year

Suzuki was also recognised during the event’s highly sought-after Brand of the Year Award. While it bowed the knee this year to Volkswagen and a second-placed Isuzu, it was still considered one of the top three best brands in the country.

“Suzuki is the only brand to be voted in the top three for all five years of the competition and was voted overall Brand of the Year for two years running (2016, 2017). We are very proud of this achievement, since it represents the unfiltered feedback of our happy customers, and we would like to congratulate Volkswagen and Isuzu for their efforts in keeping their customers happy,” says Venter.

Venter added that the company will study the feedback from customers, as compiled by  Cars.co.za  and the data specialists Lightstone Auto to identify areas for improvement.

Suzuki will soon launch the new S-Presso, another budget-friendly vehicle with a compact SUV styling and high specification level. This will mean that judges in next year’s competition will have to consider the Swift, Celerio, Ignis and S-Presso as viable contenders for South Africa’s favourite budget car.

Subscribe to our blog and you won’t have to check our blog again for new posts, we’ll have them delivered to your inbox.