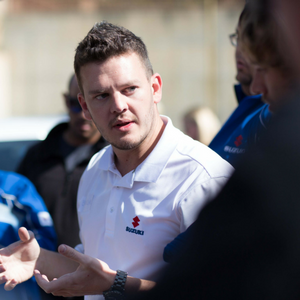 By Brendon Carpenter
Using a car

What is torque and what is power? And what exactly is horsepower? Peter takes a look at the differences and demonstrates the differences using science. Watching this video will help you to ask the right questions when you get to the dealership. It's just in the way that we measure power and torque that makes a difference; and I also want to say that you cannot really effectively look at an engine in terms of its characteristics, by just looking at the kilowatts for example, because that's quite often the only question that people ask when they get to a dealership. So if we have a look at the next slide, let's have a look at how the different units work.

The problem was that not all factories used steam engines, so some of the factories actually still used horses. So James Watt set about developing a unit of power that he could use to simulate the work that was being done by the horses at the factory. So if we look at the next slide, we can have a look at typically what he did. So there were two things that he measured; he measured the horse's ability to turn a mill, so what force they could overcome over a certain distance in a certain time. And the second thing that he looked at was how much weight a horse could lift over a certain distance in a certain time.

So if we go to the next slide, we can have a look, first of all, at what torque is. So torque is work done, which is force times distance, which is therefore the units of that is Newton meters after Isaac Newton, and sometimes also measured in joules, but from an engine perspective, we've got rotational forces at play. So torque is the twisting force of an engine. And there we measure our distance in terms of the radius. So torque is force times radius, so that describes the amount of work that the engine does.

Now, if we have a look at power.

If we look at the top formula, is force times distance, which is torque as we've just seen, but this time, we are physically going to measure how quickly we are able to do the work. So we literally measure how long it takes us to perform that work. So if we go to the second line (and this is, I suppose, going to confuse a lot of people) where we say power is two PI times N, which is the number of rotations, times by torque divided by 60. A bit of a mouthful, but ultimately it reduces down to: power is revs per minute times torque, and there you can see the inextricable relationship between power and torque. We really can't look at an engine without considering both, but that formula also introduces a few interesting points.

So if we go to the next slide, let's have a look at two cars. So we've already said that most people, when they walk into a dealership, will typically ask the sales executive, what's the power output of this vehicle? And they won't really ask what the torque figures are. So on the face of it, if I've got two vehicles and one's a hundred kilowatts and the other one's 120 kilowatts, you'd instinctively say that the engine that's got 120 kilowatts is the better option, but let's have a look at the actual calculations over here.

So the first engine develops a hundred kilowatts because it's pushing out a torque number of 300 Newton meters at two and a half thousand RPM and remember, power is torque times revs per minute. So logically it's going to produce a lower number than the second engine, which produces the same torque but at higher RPM. So in fact, the first engine is the better of the two engines. And this is where things get really, really interesting.

So I want to illustrate this by referencing Carol Shelby. And he, if you've watched the movie Ford versus Ferrari, which I really, really recommend you watch and Carol Shelby features heavily in that movie; there's no doubt that he still remains… the late Carol Shelby, still remains one of the best car, race-car designers out there. And what he said very famously, which I think really sums up what I'm trying to achieve with our discussion on power and torque, is that peak power sells cars, but average power wins races. And what he means by that is that you can have a vehicle that has an incredible amount of power, but within a very narrow range of revs, and it'll be quite an uncomfortable car to drive because you constantly have to keep the revs at very high levels in order to achieve your power. But if you have consistent power over a wider range of revs, you're going to have more usable power. And that ultimately translates into a better performing vehicle.

Now, again, the way that designers develop the characteristics of an engine using certain technologies like variable valve timing, direct injection, and all those kinds of things, as well as the mapping of the software, you can develop specific characteristics in an engine. And one thing that's always interesting for me is to have a look at this power and torque curve that's on the screen at the moment, which you can see on the right-hand side.

And what you'll notice is that when we’re at maximum power, so let's say we’re at about 5,000 RPM in this vehicle in sixth gear, if we started to go uphill, one of the things that's going to happen is that we're going to start to reduce our revs because we're going uphill. Now, normally that would require us making a gear change. So it would change from sixth to fifth gear, for example, to maintain our speed. But what you'll notice on that graph is that as our revs drop our power rating drops, but have a look at what happens to the torque figures. The torque figures actually increase and torque is what's performing the work, what’s doing the work for the car.

So that means, on this particular engine, we're not going to have to necessarily change from sixth to fifth. And that talks to the drivability of an engine and therefore of a passenger car, for example. So we've definitely got to look at the relationship between power and torque. And as I've said to you, they are actually the same thing, it's just how we measure them that makes them different. An interesting fun fact is that if you measure power in Imperial units, so in horsepower itself, the power and torque curves will always intersect at 5252 RPM. And maybe in another program, we'll explain the maths behind that but I thought it was just something interesting that we could throw out there.

If we move to the next slide, I want to just end off the section with a few definitions that might also perhaps assist you in understanding some of the complexities out there.

So first of all, we have mechanical horsepower, which is our Imperial units, and then we have metric horsepower, which is the way that we measure horsepower in South Africa. But even within metric horsepower, we have differences in the exact horsepower that a unit represents. So we have PS, which is Pferdestrke, which is the German version of it. And then we have CV, which is Italian for Cavallo Vapore for example and it goes through… there’s Dutch, there’s you name it.  Now, interestingly enough, one of the things that has happened with horsepower is that one horsepower in America is 1.4% more than one horsepower in Europe. And the reason for that is again, just the way that the conversions are done with the calculations, which has allowed that little error to creep in. So you might have experienced this before if you've had a look at a vehicle and you've looked at brochures or websites that are based in the US and you look at that exact same vehicle, and then you look at a review that was done in Europe, you might find that there's a slight difference in the horsepower rating. So if you've ever wondered why that's the case, well now you've had your question answered.

And the reason for that is that brake horsepower is measured typically on the flywheel of the engine on a bench. So we haven't experienced any of the losses, any of the parasitic losses or the frictional losses through our running gear to our wheels. Now, remember that a front-wheel-drive car we’ll typically lose about 10% of our horsepower by the time it's reached the wheels. With a rear-wheel-drive car, we lose about 20% of our power and with a four-wheel-drive car, we can lose as much as 30% of our power.

And so you would have, for example, a brake horsepower of a hundred kilowatts, but if we measure the wheel horsepower on a rear-wheel-drive vehicle, it would probably be roundabout 80 kilowatts. So you can see why the manufacturers would have a look at or just use the power rating based on brake horsepower.

Right, so that's our introduction into what the differences between power and torque are. I hope I haven't confused you too much, but if I have then feel free to put in some comments and some questions, and we can clarify all those, but you can see that this is quite an interesting topic, and hopefully you’ll join us next time on ‘How Things Work’ on ‘Let's Talk Automotive’ and once again, thank you to the team at Suzuki Auto South Africa for sponsoring this segment.