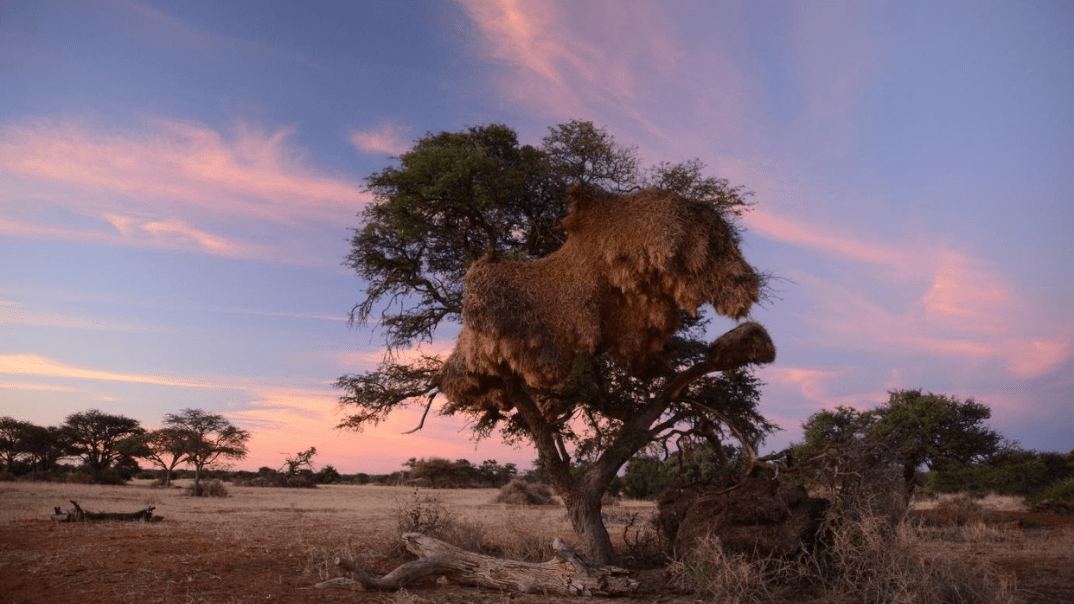 If you have taken a drive into the arid regions of the Northern Cape, or Botswana and Namibia, you will have likely noticed the conspicuous large nests on many of the trees as well as telephone poles and windmills. These iconic nests, which are some of the largest bird-built structures in the world, are the home to sociable weavers.

As part of the Kalahari Endangered Ecosystem Project (KEEP), supported by Suzuki SA, researchers Anthony Lowney and Robert Thomson, from the University of Cape Town, have been investigating the importance of these nests to the environment.

The communal nest structure consists of multiple nesting chambers, with some of the largest nests containing over 100 chambers, housing up to 500 birds. The nests are constantly maintained by the weavers and can remain in the landscape for many years; some of the nests you may have seen can be over 100 years old!

As part of his doctoral research, Anthony Lowney found that the nest chambers are insulated against extreme ambient temperatures, providing a thermal refuge for the weavers against the very high summer and cold winter temperatures. He also discovered that the nests provide advantages for many other organisms too.

Several other bird species, including acacia pied barbets, ashy tits, and scaly-feathered finches, use the weaver nest chambers for roosting, while pygmy falcons use the nest chambers for breeding and roosting. Spotted eagle-owls breed on top of the nests, while barn owls nest inside cavities or holes that form after bad weather. 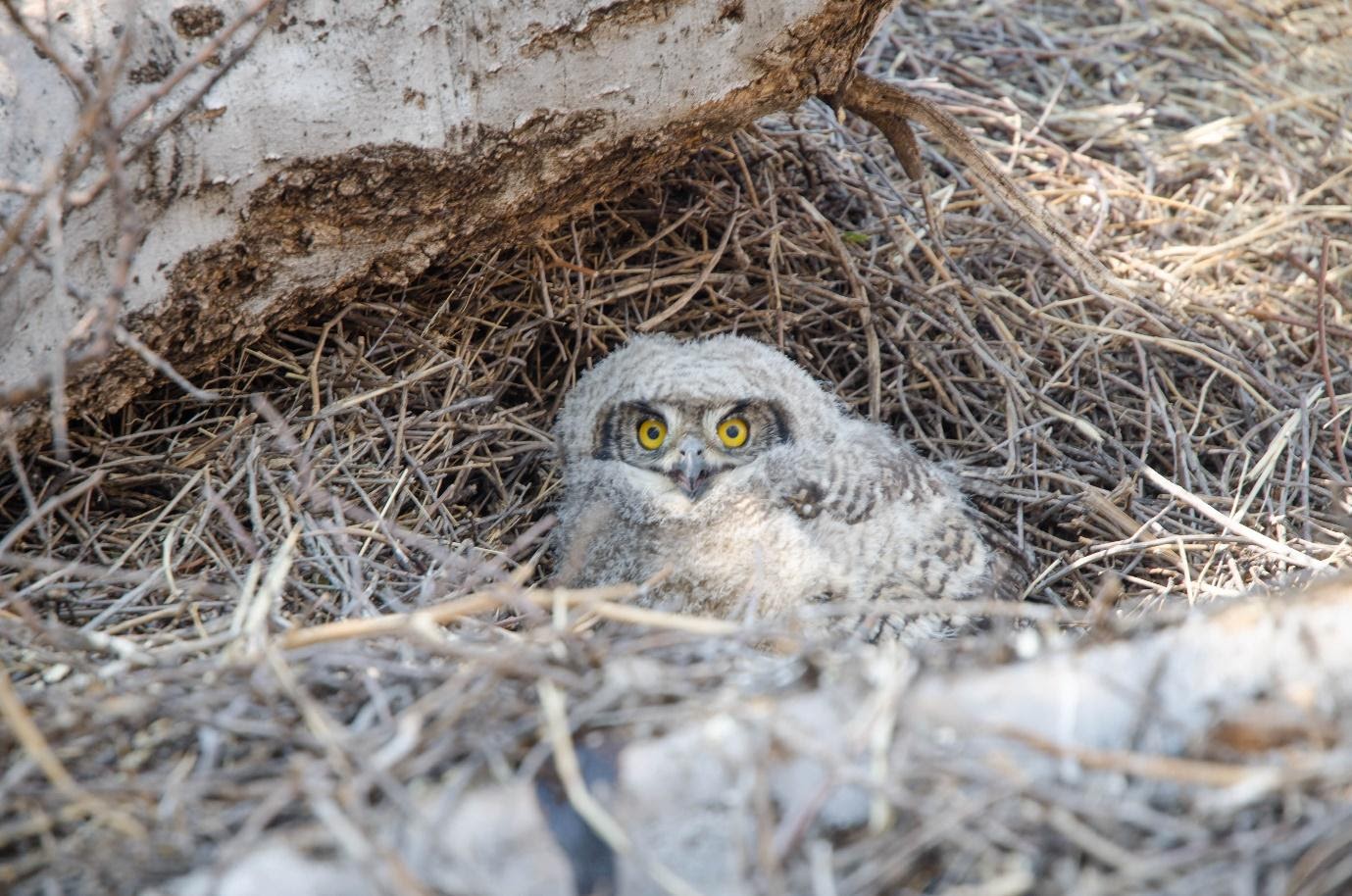 African pygmy falcons in the nests feed on sociable weaver chicks and Kalahari tree skinks, but the skinks often escape predation thanks to alarm calls by the weavers. Cape cobras and boomslang slithering through the nests to find a meal also elicit alarm calls.

Cheetahs and other mammals, such as African wild cats, mongooses and genets, climb to the top of nests to rest, feed or scent mark. Cheetahs also use the top of the nest as a look-out point. 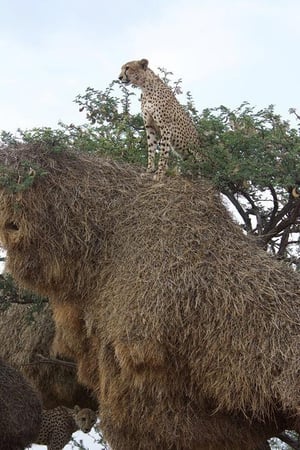 Many large mammals use the nests for shade and are seen feeding and engaging in territorial behaviours (such as scent marking, horn rubbing and fighting) beneath the nests. 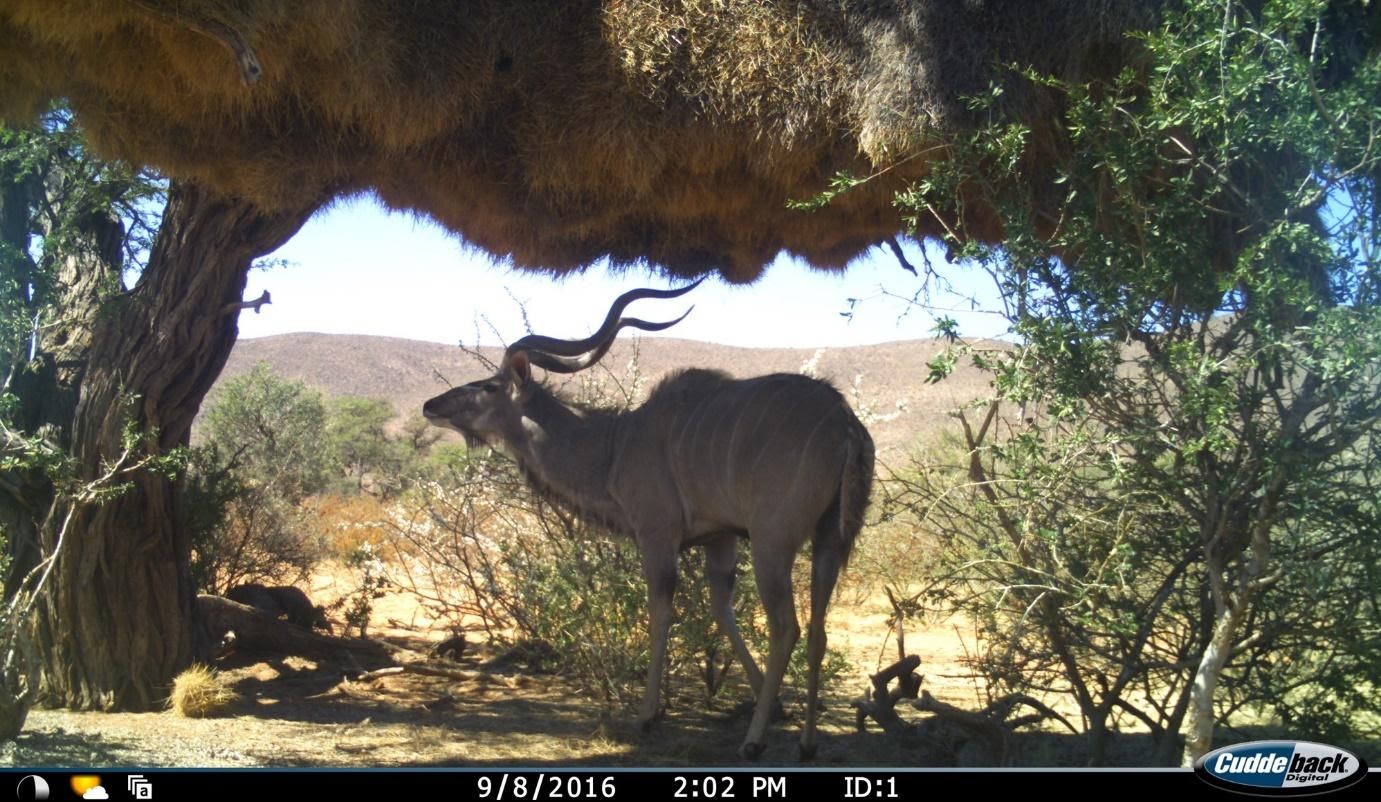 Soils directly below a nest are highly enriched with nutrients from the weaver droppings, with benefits for the surrounding vegetation and any of the animals that feed on that vegetation.

Sociable weaver nests play these important roles for the surrounding animal community and provide a biodiversity hot-spot. KEEP researchers believe that as climate change in southern Africa advances,  these structures may become even more important, especially for those species that use them as a refuge against harsh ambient temperatures.