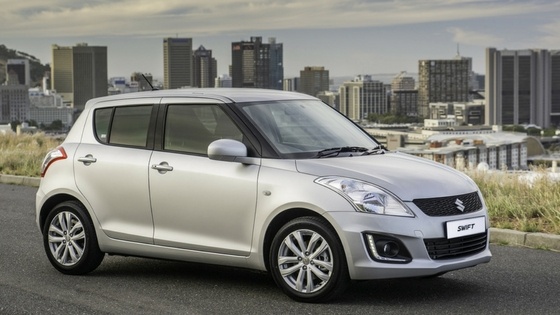 The global success of Suzuki's Swift continues unabated, with worldwide cumulative sales of the subcompact hatchback reaching the three-million mark in January 2013.

Launched as a global strategic model in 2004, the Swift achieved the milestone figure just eight years and two months after sales first commenced.

Suzuki's established compact car expertise, combined with its commitment to creating sporty and stylish models that are fun to drive, is at the core of the Swift's universal appeal.

After its 2004 debut in Japan, production and distribution was soon extended to other countries, including Hungary, India and China. An all-new, second-generation model was launched in 2010, adding further sophistication, eco-efficiency and dynamic appeal to an already successful formula.

Today, the Swift is sold successfully in more than 120 countries worldwide, and its sustained sales success has been emphasised by its numerous awards and accolades, both in Japan and in other countries.

Among these are Japan's coveted Automotive Researchers' and Journalists' Conference of Japan (RJC) Car Of The Year Award in 2006 and 2011, and the 2005/6 Japan Car Of The Year Special Award for the "Most Fun" vehicle.

In addition, the Swift has been honoured with Car Of The Year titles in Europe, India and several other countries - further proof of the Swift's reputation for excellence across the globe.

Most recently, the Swift was the small car winner in the prestigious 2012 Automobile Association New Zealand Motoring Writers Car Of The Year award, considered the country's most significant automotive award.

The recognition followed only days after the Swift Sport was a category winner in the AMI Insurance and New Zealand Autocar magazine awards. The Swift is the number one-selling new car to private buyers in New Zealand.

The Suzuki Swift has aslo been a sales success in South Africa, where 6 536 units have been sold to date, while monthly sales average 118 units. Swift sales represent 29 percent of total Suzuki passenger car sales in SA.