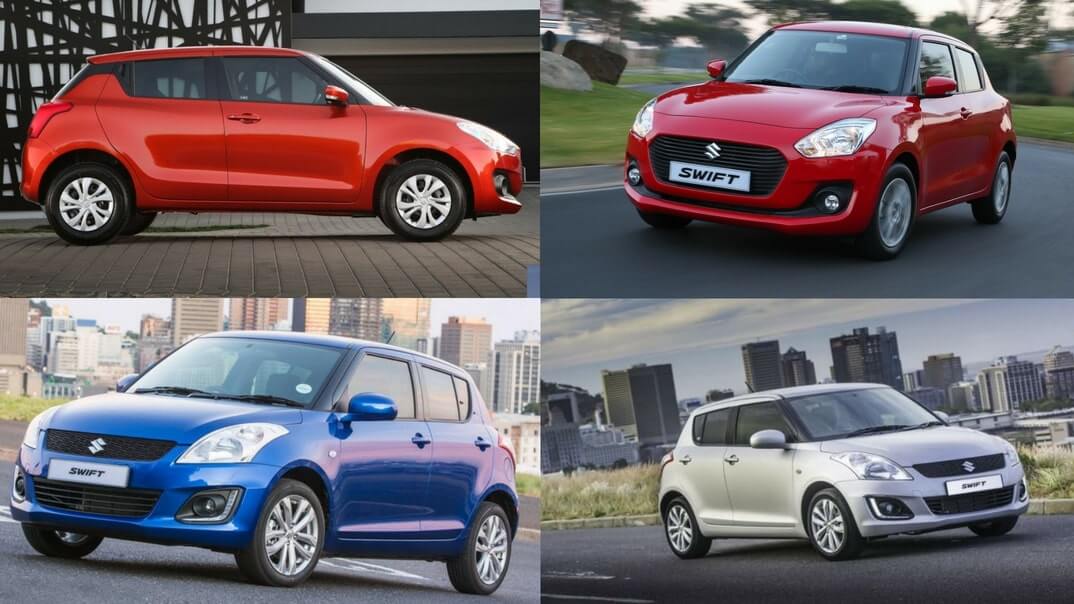 The evolution of the Suzuki Swift: Changing, but getting better with age

The evolution of the Suzuki Swift: Changing, but getting better with age

In the 14 years since the original Suzuki Swift was shown publicly at the Paris Motor Show, the compact car has garnered awards and accolades in each iteration and remains, consistently, a ‘mould-breaker’ in its segment.

The recently launched third generation Suzuki Swift is an evolution of the revolution that trumpeted Suzuki’s arrival in the compact segment – a car born from a clean slate not only to challenge the established market, but to set a new direction for the Suzuki brand in general.

"We knew right from the start of this project that we wanted the Swift to be a totally new kind of compact car. We wanted to set a truly global standard that would represent a turning point in the way Suzuki designs and builds passenger vehicles," said Eijj Mochizuki, Vehicle Line Executive in the Super Minicar Engineering Division at Suzuki Motor Corporation in Japan at the time of the launch.

"The challenges were huge, as we needed to develop a totally new platform. We spent months in Europe working on the styling and handling, and we even had to devise new systems for component development. But the rewards have been just as great."

The Swift underwent an exhaustive research and development process that addressed the extremely demanding European market requirements in terms of styling, ride refinement, build quality and sophistication. A European design and development arm was established specifically to address these issues.

To critical acclaim, the Suzuki Swift made its high-profile debut at the 2004 Paris Motor Show and then went on to garner a long list of automotive accolades for its innovation around the world, including overall Car of the Year titles in Japan, Australia, the UK and numerous other countries.

Suzuki's design direction was most apparent in the front styling of the Swift – and this has progressed through each update to the latest variant.

One of the most individual design cues is the wrap-around glasshouse windscreen design, complemented by the blacked-out A and B-pillars. It clearly hints at the integrated look of a helmet visor and creates a natural synergy with Suzuki's equally desirable motorcycle products. 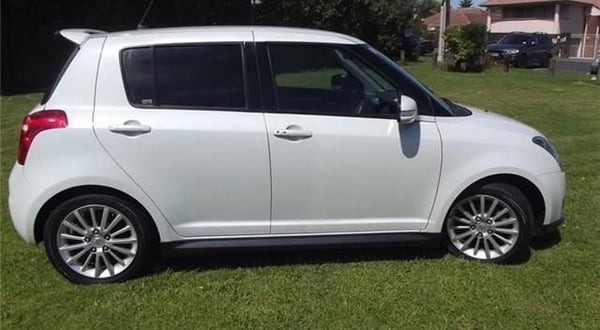 The Suzuki Swift entered the South African market in June 2008 as a bold new player in the compact car category, coming into the highly competitive class with a true value proposition thanks to extremely attractive pricing and an all-encompassing after-sales service and warranty package, provided under the 'Suzuki Complete' banner. 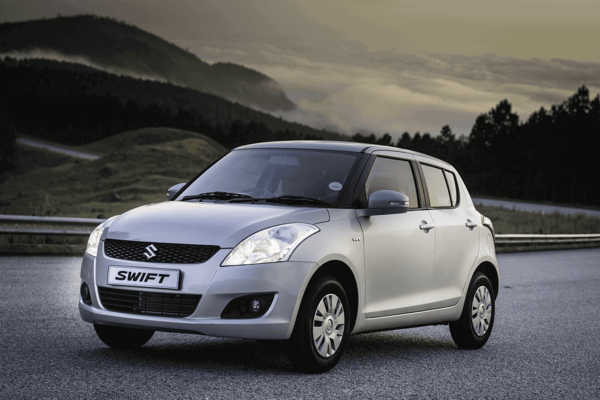 In 2014 Suzuki Auto South Africa added the new, more affordable 1.2 model to its Swift compact hatchback line-up. The Swift 1.2 augmented the existing Swift range, was offered with a choice of manual or automatic transmissions and in two specification levels.

Now in its second generation, and recently updated for the 2014 model year, the Suzuki Swift had notched up 8 500 sales.

“The addition of the 1.2 variants to the Swift family not only brings that nameplate’s undisputed attributes to a wider audience, but also acknowledges the increasing demand for smaller-engined, fuel-efficient models that link affordability to quality, safety and comfort,” says André Venter, divisional manager for sales and marketing at Suzuki Auto South Africa. 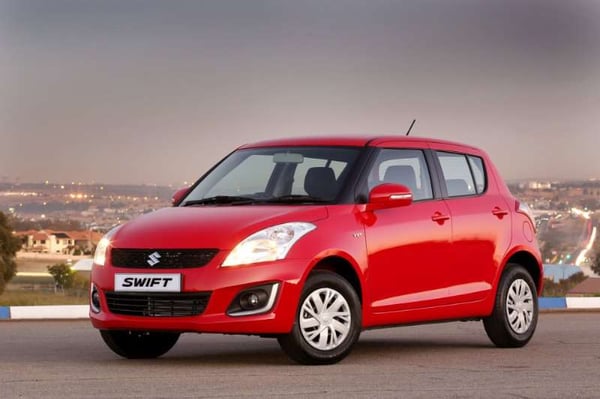 In 2015 Suzuki Auto South Africa has announced a series of updates to its Suzuki Swift 1.2 and DZire models. The changes include revised exterior styling, as well as improvements to the interior execution.

At the same time, improvements to the engine management system allowed an improvement in efficiency, with reduced fuel consumption and lower CO2 exhaust emissions the direct result.

Externally, the updated Swift 1.2 and Dzire gained a new grille and front bumper design, while the Dzire is also fitted with a redesigned front headlight cluster and a revised rear bumper. Full-sized wheel covers are standard, too, while a new range of exterior colours are offered on both models.

Inside, all GL models now gain Bluetooth connectivity as standard, while the rear bench seat of the Swift 1.2 was split 60:40 for improved versatility. The DZire’s cockpit features a smarter, black-hued cloth upholstery. 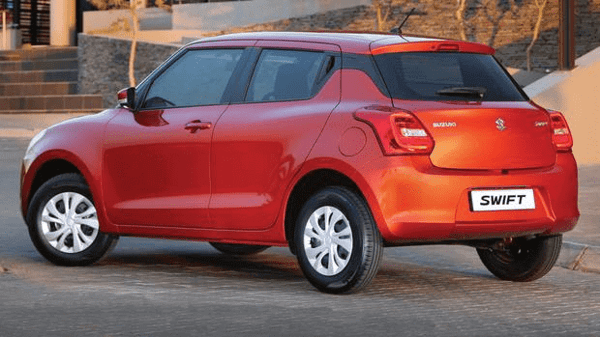 The recently introduced third generation Swift saw the most marked design evolution and, by shortening the overall length by 10mm and adjusting the wheelbase and width slightly, the new Suzuki Swift claims a position in the small hatch segment where it sits between the performance screamers and the entry-level models.

Find out what some of the SA Journos had to say when they took the Swift for a spin earlier this year, in our article “Here’s what South Africa had to say about the new Suzuki Swift”.

At the same time the Dzire became a brand derivative on its own, shedding the ‘Swift with a boot’ label.

“The all-new Swift has big shoes to fill. It follows on two generations of our most popular model, which has sold more than 19 000 units to date. In fact, the previous Swift was so popular that it reached its peak sales volume of 2 966 units in 2017, the last full-year in which it was sold.

But judging by the new model’s sales performance abroad, we believe that the Swift brand is in good hands and that it will continue to delight customers and driving fans alike,” says André Venter, divisional manager for sales and marketing at Suzuki Auto South Africa.

The silhouette, which mimics the look of a racing helmet and its width-over-length preference, became the foundation of the Swift’s distinctive visual signature and it has been carried over to the all-new model.

For the 2018 Suzuki Swift model, Suzuki’s designers have added new styling elements such as rear door handles in the C-pillar.

The Swift has a new grille with large Suzuki badge and a wide and narrow secondary grille. These elements visually lift the height of the nose, while retaining aerodynamic efficiency. This compact hatch corners like it’s on rails and maintains the iconic Swift styling making it a winner among journalists and drivers alike.

At the rear, the luggage door has an integrated bulge that rounds off the shoulder line, while an additional high-level LED stop lamp is integrated into the discreet roof-spoiler. The rear brake lights also incorporate LED technology.

From the outside, the high-spec GL-models can be distinguished from the GA-specification level by its wheel cover design, colour-coded side mirrors with integrated turn signals and the addition of front fog lights.

The new dimensions have allowed the designers to increase interior space, especially for rear passengers who get 23mm of additional head room, while front occupants benefit the most from the additional body width with 10 mm extra shoulder room.

All versions of the new Suzuki Swift are equipped with air-conditioning, front and rear power windows, power steering and remote central locking. All models also have a tilt-adjustable steering column, a detailed information display that includes information such as fuel consumption and range, and a security alarm and immobiliser.

On the GL-models, Suzuki adds an audio system with Bluetooth-connectivity and USB socket, steering wheel controls for the audio system and electrically adjustable side view mirrors.

All versions of the new Swift have ample storage spaces inside the cabin, including two front and one rear cup holder, side door pockets, a console tray box, glove box with lid and a passenger seat pocket. The rear doors have additional bottle holders.

The Suzuki Swift is available in three model derivatives. The GA-model offers an attractive entry-price to the range and is still equipped with a range of creature comforts, such as air-conditioning, front and rear power windows, anti-lock brakes with EBD, ISOFIX child seat anchors and two air bags.

“In South Africa, we have sold more than 20 000 Swifts and this represents almost 30% of our sales to date. Swift really is our bread and butter model that has been exceptionally well accepted in South Africa,” sayd Charl Grobler, Marketing and Product Planning Manager for Suzuki Auto SA. “Globally this is also the case and with 6-million units sold since inception, it has proved to be the most successful Suzuki model ever.”

Want to experience this iconic Suzuki for yourself? Book a test drive in the Swift and find out why fans across South Africa love the Swift.