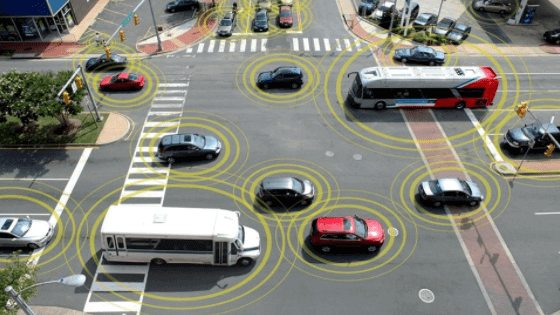 Why self-driving cars won’t work in South Africa. . . yet

Why self-driving cars won’t work in South Africa. . . yet

Autonomous vehicles are the hottest topic in transport. We’re weighing in with our (slightly unpopular) opinion - here’s why we think SA isn’t ready for self-driving cars.

Will you be having breakfast and Facetiming with mom, while your autonomous car makes its way to your office by 2030? Maybe. . . but in SA, it’s highly unlikely.

We’ve all heard how self driving cars will reduce traffic, make our roads safer and give us the ability to turn those three-hour traffic jams into a relaxing time to catch up on our reading. What we don’t hear very much about, is the impact of this technology on struggling economies in developing nations like South Africa.

Yes, there is a long, long list of benefits of autonomous vehicles for first-world nations like the United States of America (USA), but these benefits won’t necessarily apply to us - not within the next twenty to thirty years.

As we’ve already seen with Uber, technology that works like clockwork in the USA doesn’t provide the same benefits to struggling economies. In fact, it can have the opposite effect - causing more harm than good.

Whilst the working middle class may jump for joy at the thought of a simple transport solution like Uber (or an autonomous car), more than 30 million South Africans live in poverty on as little as R531 per month (the cost of a ride in an Uber Black).

Many of our citizens rely on the transport industry for jobs (as truck drivers, taxi and metered taxi drivers, bus drivers and so on). Autonomous cars would lead to hundreds of drivers being retrenched - compounding the already dire unemployment problem.

Autonomous vehicles use visual recognition in order to navigate. 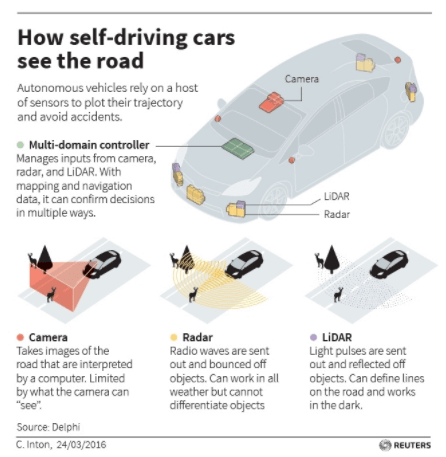 South Africa has approximately 746 978 km of roads, however, only 158 124 km of this network is paved, according to Wheels24. The rest of the roads are either gravel or dirt roads in rural areas. Apart from the large number of rural roads, the main roads in cities like Johannesburg suffer from poor road conditions (like potholes and lack of road markings) and vandalism to road signs - all of which would hinder a self-driven car’s ability to navigate.

Apart from the state of our roads, South Africa also has a large number of unpredictable obstacles for drivers to navigate. From taxis, to pedestrians, and even livestock, there are hundreds of obstacles which would confuse self-driving cars.

In order for self-driving cars to be practical (and safe), South Africa would need to first ensure that the infrastructure was in place to support autonomous cars. This includes special traffic lights which can communicate with the car’s artificial intelligence (AI) and charging stations for the vehicles’ batteries. This is a mammoth task for a struggling economy, and will take decades to complete.

Autonomous vehicles cost too much

Never mind the costs of the actual infrastructure needed to support these vehicles, the cars themselves require highly advanced technology to safely manoeuver themselves on the roads. This requires specialised sensors, mapping systems and data storage - all of which come at a cost.

In 2017, the cost of a fully self driving vehicle is approximately $250 000 (around R3,6 million) placing autonomous cars well out of the reach of the everyday man. It will take years for the technology to reach a point where it’s affordable to the mass market in countries like the USA - which could translate to decades in developing countries.


Self-driving, electric cars are definitely on the horizon. However it will take decades before they are a viable option for transportation in South Africa. In the meantime, motorists should consider cutting their carbon footprint with smaller, more fuel efficient engines and moving towards a kei car (mini car) mentality.

Subscribe to the Suzuki blog, and get all our latest content straight to your inbox. Our team of experts regularly share tips to help keep South African motorists safe and informed.

Featured Image: Forbes Magazine (We may be sacrificing our remaining privacy for self-driving cars)