How Dealerships Have Adapted To The Pandemic 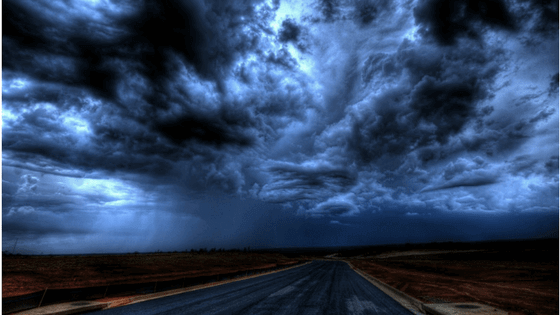 We don’t mean to sound negative, but the reality is that driving is still one of the most dangerous things you can do. And at night, it becomes even riskier.

Many of us are so used to driving it’s become like brushing your teeth or putting on socks. This isn’t necessarily a bad thing – being comfortable behind the wheel makes you a safer driver – but on the other hand, being too relaxed about the situation can, unfortunately, have disastrous results. And we all know that at night you simply need to be extra careful and pay more attention, so here are a few reminders for the night owls:

1. Get back to basics

Make sure your windscreen is clean. This sounds like such a simple tip, but most of us don’t bother if there are a few splattered bugs on the windscreen. At night, however, these can become a serious distraction. They keep catching your eye, and with changing light reflections, marks on your windscreen can look like they’re moving, causing you to get a fright or even swerve. We wish there were actual statistics, but from real-life experience we know of more than one accident that was caused this way. So just give your windscreen a wipe and avoid having to explain a ‘bug-splat’ swerving claim to your insurance company. When you’re doing a long trip, make sure your washer fluid is topped up.

Many drivers struggle with glare or reflections caused by the headlights of oncoming vehicles. If you’re driving through unlit areas, such as the long trek through the Karoo, you need to pay careful attention to not get temporarily blinded by oncoming cars. Try to keep your eyes on ‘your’ side of the road, so you’re not staring directly into the oncoming lights, but still aware of where the oncoming vehicle is. Again, this might sound silly, but when you’re doing a long, dark drive, it’s easy to almost become ‘hypnotised’ by oncoming lights. As long as you’re aware of it, you’ll be able to avoid it. And it really should go without saying that slowing down when visibility is compromised really is the safest choice.

3. Check your own lights

Most new vehicle have intelligent headlights that adjust automatically to the curve of the road and oncoming vehicles, but if you’re a regular night driver, you should have your lights checked more often. If your own lights are unwittingly set too high, you could blind oncoming drivers and cause a serious accident.
Many drivers in rural, farming, or wildlife areas will often set their lights to illuminate as much as possible next to the road. The risk of animals standing or running into the road is high, so you want to be able to spot them as soon as possible. A handy tip to remember: you’ll often be able to see the light reflecting off they eyes of nearby animals, so if you see two (or more) tiny pinpricks of light, slow down.

4. Signs That gUIDE tHE wAY

Last year the South African National Roads Agency (SANRAL) announced it will gradually replace all painted road markings with rumble strips. The markings on the side, and middle, of the road will be reflective at night, but also textured so that they make the wheels of your car ‘rumble’ when you cross over the line. These rumble strips are designed to be a ‘wake-up call’ to distracted or sleepy drivers.     According to SANRAL, “International studies have shown that run-off-road (ROR) crashes can account for a large majority of the fatal single-vehicle crashes. ROR crashes are due to inattention, speeding, traction loss, over-reaction, crash avoidance and mechanical failure. Rumble strips only prevent ROR crashes due to inattention.”     So don’t be surprised if you come across these rumble strips more often – they’re there to keep your attention on the road.

One of the biggest dangers when driving at night is falling asleep behind the wheel – or encountering another driver who has done so. Everyone has their own tricks (open windows, singing, upbeat music, extra coffee) – so plan ahead when you know you’ll be driving at night to keep yourself alert. It’s not just about staying awake – it’s about remaining as alert and aware as possible. So being just a ‘little tired’ is not an option – visibility is limited at night, which means hazards are often only seen at the last moment. You need to be very alert in order to react fast enough. Remember, it’s not just about you – at night you’re more likely to encounter other drivers who are tired or struggling with visibility, so you need to be extra vigilant.

This counts at all times, but it’s especially important at night due to reduced visibility. The most obvious is your cellphone. If you need to be connected, make sure you have a safe hands-free option, and try not to make or answer calls unless you really need to.

It’s often a tricky balance between staying alert and avoiding distractions. Loud music and eating while driving are considered distractions, but some people find these tend to keep them awake and focused. There’s no magic recipe, and you need to find what works best for you, but just keep it logical: the music shouldn’t be so loud that you miss the police sirens behind you, and the snacks shouldn’t be too complicated. A bowl of soup, for example, is probably not a good idea.

One of the most challenging aspects of night driving can happen when you have children in the car. Not only can they be a huge distraction to the driver (no matter how much we love them), but they often want to lie down in the back to sleep.

And as tempting as it is to simply let them sleep, you absolutely can’t have your children in the car if they’re not buckled in correctly. Depending on the age, the younger ones are likely to have comfy car seats and sleeping shouldn’t be a problem, but older children may be tempted to unbuckle their seatbelts to lie down.

Whether it’s one hour or a week-long road trip, you need to come up with creative solutions to keep your children safe. Think along the lines of travel pillows, rolled-up blankets, pillow ‘towers’ – anything to keep them comfortable (and asleep) in a seated position with their seatbelts on. It’s absolutely crucial because the dangers of driving at night are much higher, so kids need to stay strapped in at all times.

At the end of the day (bad pun intended), driving at night should be taken seriously, no matter how often you do it. Make sure you’re prepared and keep a mental checklist going to keep yourself on track.

Subscribe to the Suzuki blog for more tips, tricks and useful advice, like this, straight to your inbox.

This guide will help you troubleshoot some common car problems, so that you know whether or not you need to contact a mechanic. It also covers a variety of driver safety tips to keep you and your loved ones safe on the road.

6 reasons why a hatchback is a great first car

6 reasons why a hatchback is a great first car