Kalahari gold: what pangolins eat and why we need to know 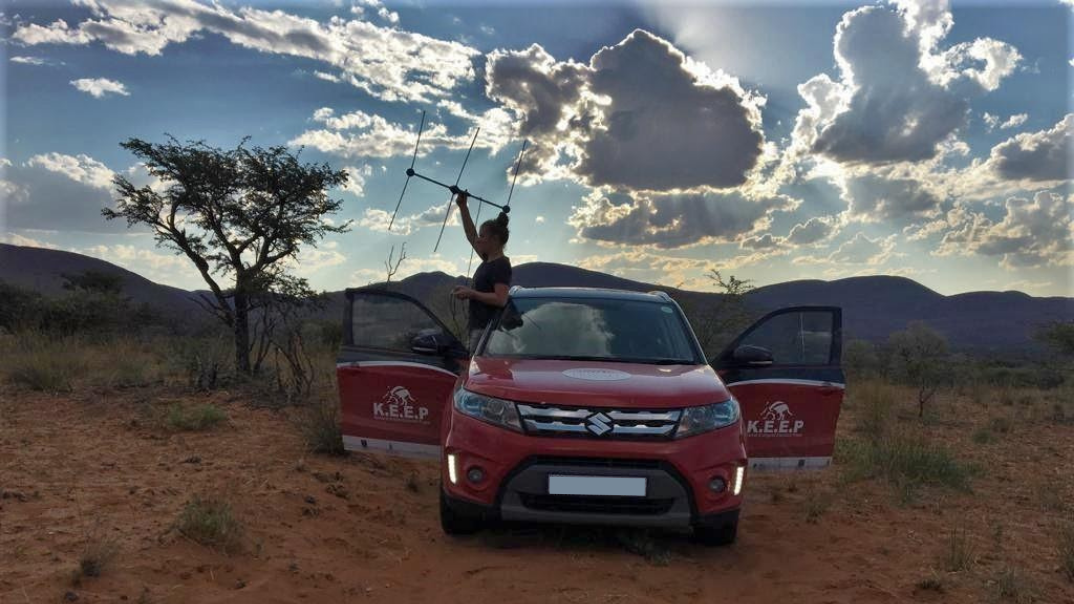 Sighting a rare pangolin is top of the bucket list for many tourists on safari. Unfortunately, pangolins, like rhinos, are threatened by poaching and have become renowned as the most illegally trafficked mammal in the world.

Sighting a rare pangolin is top of the bucket list for many tourists on safari. Unfortunately, pangolins, like rhinos, are threatened by poaching and have become renowned as the most illegally trafficked mammal in the world.

Article by Wendy Panaino and Andrea Fuller (University of the Witwatersrand)

Another potential threat to pangolins is climate change, which is making their environments hotter and drier, and is likely to affect the availability of ants and termites that pangolins feed on. In order to investigate this potential threat, Wendy Panaino, a doctoral student from Wits University, spent two years studying the secret lives of ground pangolins in the Kalahari of South Africa. Wendy aimed to figure out what pangolins eat, how their diet changes in response to changes in their environment, and how pangolins may alter their behaviour to deal with those changes.

Pangolins. the only mammals covered in scales, are shy and active mainly at night, making them difficult to study in the wild (photo: Wendy Panaino)

Almost every night, Wendy drove out into the dunes of Tswalu Kalahari Reserve to track pangolins and observe their behaviour at a distance. When a pangolin feeds, it typically digs a hole and buries its face deep into the hole, gorging on a feast of creeping and crawling insects. While this feeding behaviour was fascinating to watch, Wendy could not see exactly what the pangolin was eating. She needed to know not only what a pangolin eats, but also how much food it needs to keep its armoured body going every day. After using its powerful sense of smell to locate its prey, a pangolin digs a hole and goes in head-first in search of ants and termites (photo: Wendy Panaino)

Fortunately, once a day, pangolins left behind what Wendy calls ‘Kalahari gold’, their scat or faecal dropping. The beauty of pangolins eating insects is that only the soft, juicy bits are digested. The insect exoskeletons (most importantly, the heads) pass through the digestive tract and can be used to identify exactly which insects have been eaten and how many of them.

After collecting droppings, Wendy would place them in a bucket of water to separate the insect remains from any sand matter, and then she would sit for countless hours staring down a microscope to identify and count the contents.

Wendy collects the pangolin droppings, separates the insects from the sand in a bucket of water and examines the samples under a microscope (photos: Wendy Panaino; Andrea Fuller; Valery Phakoago)

Wendy’s painstaking work has shown that pangolins are incredibly fussy eaters. Of the 23 different types of ants and termites available to them, the pangolins chose to feed predominantly on only three: two types of ant and one type of termite. They usually ate about 15 000 of these insects per night but could eat as many as 60 000.

During winter, when fewer insects were available, Wendy found that the pangolins changed their diet slightly, but the shift in their diet did not prevent them from taking in too little food energy during this time. In response to these challenging conditions, pangolins became more active during the day, presumably because they did not have enough energy available to deal with being outside of their warm burrows on the very cold winter nights. 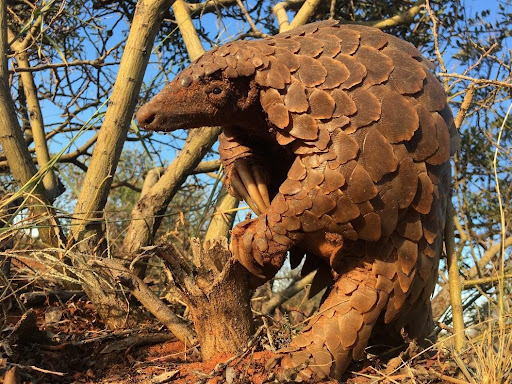 Changes in their diet and activity patterns helped the pangolins to cope with seasonal environmental change, but whether these responses will be enough to protect pangolins against climate change is unknown.

To solve that mystery, Wendy and other members of the Kalahari Endangered Ecosystem Project (KEEP), supported by Suzuki SA and the Tswalu Foundation, will continue monitoring pangolins and other organisms in the Kalahari ecosystem in the years ahead.