Success for Suzuki at their first Simola Hillclimb 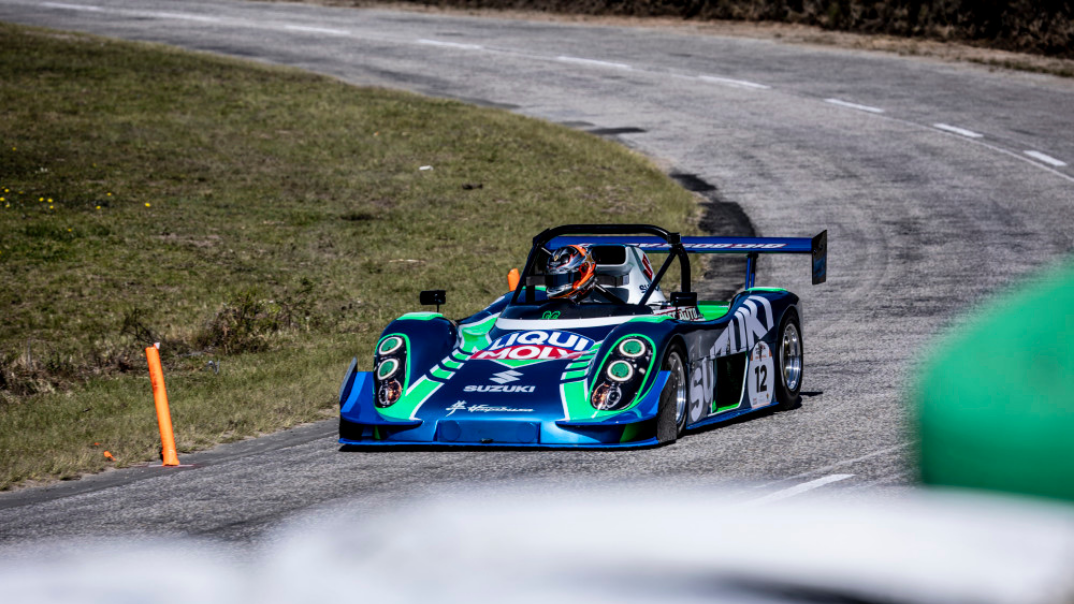 Three days of racing, three Suzuki-powered race cars, two top 10 finishes in the King of the Hill race and one title as Classic Conqueror.

Suzuki Auto South Africa ended their first year as branding sponsor of the Simola Hillclimb with a good run on the track and a great opportunity to showcase its brand new 2022 Suzuki Hayabusa Hyper-Sport motorcycle.

“We joined the organisers of the Simola Hillclimb to showcase the fun and sporty values of the Suzuki brand. To see our Suzuki-powered contenders make the top 10 King of the Hill roster and win the Classic Car Friday race was a bonus,” says Brendon Carpenter, Brand Marketing Manager of Suzuki Auto South Africa.

The weekend started on Friday on a high note with racing legend Franco Scribante winning the Classic Conqueror title in his Suzuki Hayabusa-powered Chevron B26. Scribante and his racing team built a V8 engine from two Hayabusa engines, giving their classic race car unmatched power that beat even the classic Formula 1 race car on the Simola hill.

Scribante raced up the hill in a winning time of 39.943 seconds after setting the fastest time during testing and qualifying rounds.

Megan Verlaque had the time of her life on the Simola hill.

After starting her practice rounds with a time of 51.839 seconds, she and her technical team made changes to the gearing to increase the top speed for the Sunday runs. By the end of racing on Sunday, she hit her goal of a sub-48 second time with a time of 47.876 seconds in the final Single Seater and Sports Car Shootout.

“Racing at Simola is fantastic. I will definitely return, and perhaps I should consider fitting a Hayabusa engine like Devin,” she jokes. Her XTREM Racing Buggy is fitted with a Suzuki GSX-R600 engine, and it ended in the tenth position.

Devin Robertson kept his Hayabusa-powered Radical SR1 among the 10 fastest cars throughout the weekend, while improving constantly on the times he set at his first Simola Hillclimb in 2019.

“The car performed faultlessly, and it allowed us to focus on our racing line. Since we were up against much more powerful supercars, the trick was to carry as much speed through the corners as possible,” says Robertson.

Robertson is best known as a track specialist in the V8 Supercar series and for winning the Inex Legend Series in the USA. At Simola, he set a final time of 41.075 seconds in the Top 10 Single Seater and Sports Car Shootout, making him the fifth-fastest contender in the class.

“When our team wasn’t supporting the Suzuki racers, we fielded questions from competitors about the all-new Suzuki Hayabusa. The Hayabusa created and continues to define the Hyper-Sport category, and its popularity was affirmed when we sold the first two consignments to customers who have not seen or ridden the bike.

“At Simola, we used the breaks between racing to run the bike up the hill and show its capabilities to the contestants, their crews and the thousands of fans watching online,” says Carpenter.

“We loved the enthusiasm and energy of the organisers, racing drivers and crew and hope to return to the famed Simola hill next year.”

Subscribe to our blog and you won’t have to check our blog again for new posts.