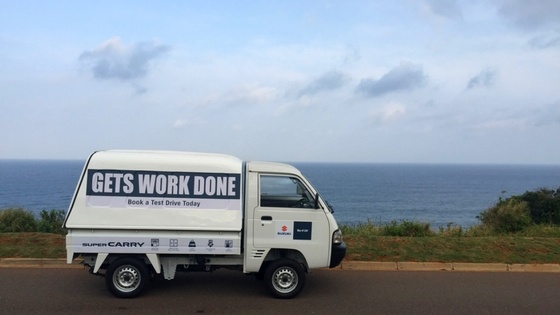 The Super Carry isn’t Suzuki’s sexiest car, but with every inch optimised for hard work, the beast was built to get the job done.

To test our favourite workhorse, the Super Carry was packed it to it’s 750kg capacity (filled with dishwashers and paint), budgeted for only 750 l of petrol and plotted a 750km route to the hospice the goods were going to be delivered at in Port Shepstone. 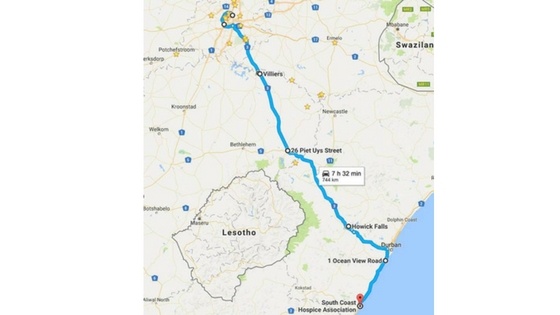 “We decided that this would be a great test for our new Super Carry workhorse and challenged our team with the following: take the load, now weighing in at exactly 750 kg, to Port Shepstone using only R750 worth of fuel,” explains Charl Grobler, national marketing and product planning manager at Suzuki South Africa. Would the team make it in 7 hours and 50 minutes? Would they use 750l of petrol?

Brendon Carpenter, the assistant manager of sales training and development and the volunteer driver, hopped in with co-driver and head Tweeter Nicole Glover. They were on their way (follow the thread here!)

Leaving at dawn with the sun peeking over the dashboard, the team had a long day ahead of them. 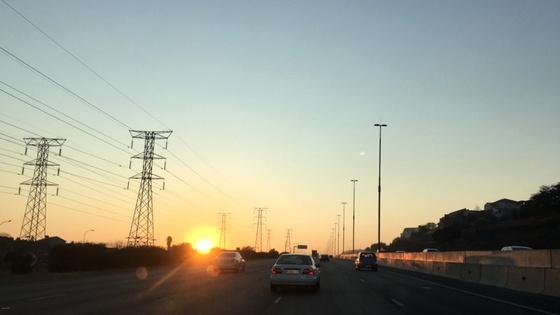 “The Super Carry was the true hero of this challenge,” says Brendan. “It soldiered on well beyond the 750 km target and didn’t chicken out at the very last minute like we did. The risk of running out of fuel in the dark on the N2 between Amanzimtoti and who-knows-where didn’t appeal to us. Still, even after we cut the total distance short, the  Super Carry managed to achieve an average fuel consumption figure of just 6.7 l/100km for the entire trip, with most of the trip completed with a full load.” 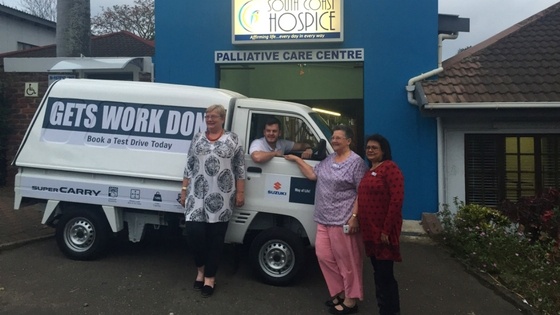 Everyone at the Hospice was excited to get their donation

After the delivery, the Super Carry covered another 156.2 km on before they decided to refuel.

As Brendan put it, “Legendary stuff!”

Want to experience it for yourself? Click here to book a test-drive.