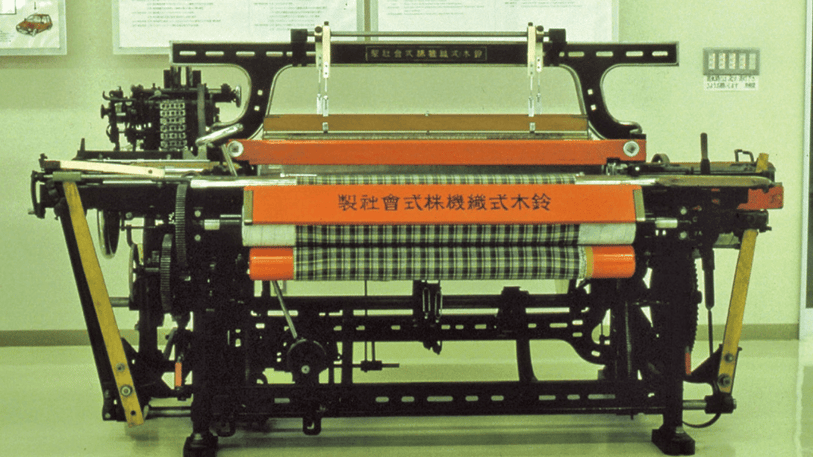 From a small loom manufacturer in Japan to a global household name in the motor industry, have a look at 100 years of Suzuki history.

Suzuki Loom Works was established by Michio Suzuki in 1920, in Hamamatsu –-  a small coastal village in Japan. Now, 100years later, the famous red Suzuki “S” is recognised worldwide for excellence in the motor industry.

Have a look at some of Suzuki’s biggest milestones over the past 100 years:

1929:  Michio Suzuki invented a new type of weaving machine, which wove ten times faster than previous models. Suzuki Loom Works began exporting this model. Even as a Loom company, Suzuki was renowned for excellence, with huge demand for its products.

1937: Michio Suzuki decided to diversify the company’s product range to include light passenger motor vehicles. By 1939, the company had developed various prototypes, including a liquid-cooled, four-stroke, four-cylinder engine, that generated 13 horsepower from a displacement less than 800cc. However the project was unfortunately halted by the Japanese Government due to the Second World War.

1951: The collapse of the cotton market was the perfect opportunity for Michio Suzuki to go back to the drawing board, and he immediately turned to his passion to produce motor vehicles.

1952: Suzuki builds a motorised bicycle with a 36cc, one horsepower, two-stroke engine. This model allowed the cyclist the options to either pedal without the engine, pedal with the engine assisting, or disconnect the pedals completely to run off the engine. The new democratic government was so impressed with Michio’s invention, that they granted Suzuki a financial subsidy to continue researching motorcycle engineering.

1957: Michio Suzuki handed the reins to his son as company president, and took on an advisory role.

1960: Suzuki’s assembly plant was rebuilt and modernised. In March the plant was completed and resumed production. In the same year, Suzuki entered the famous Isle of Man TT Race. All of its motorcycles completed the race, placing 15th, 16th, and 17th, and winning the Bronze Replica. This set the tone for Suzuki’s future.

1961: The loom machine division was officially separated from the motor division and was renamed Suzuki Loom Manufacturing Co.

1962:  The new 50cc Suzuki motorbike, ridden by Ernst Degner, had its first victory in the Isle of Man TT Race competition.

1967: Thailand opened the first Suzuki assembly plant outside of Japan.

1970: The first model of the Suzuki Jimny made its debut. The same year Suzuki also introduced its first electric vehicle, based on the Suzuki Carry Van (L40V).

1973: Jitsujiro Suzuki was appointed president with Shunzo Suzuki as chairperson.

1974: Suzuki entered the medical field, producing motorised wheelchairs. In this same year, Suzuki released the RE5 – the first motorcycle with a rotary engine in the world.

1978: Osamu Suzuki took over as president with Jitsujiro Suzuki as chairperson.

1983: Jitsujiro Suzuki stepped down as Suzuki’s chairperson. The company also started production of the Maruti 800, developed in line with the concept for a car for the people by the Indian government.

1988: Suzuki Vitara was introduced, kicking off a new era of 4WD vehicles.

1998: The third generation of the Jimny is launched, continuing the incredible success of this model.

2001: The Jimny was selling, on average, two million units annually across the globe. This same year, Suzuki Motor Corporation achieved its “zero-level” target of landfill waste.

2003:  Suzuki scooped the number one spot (for the 30th year in a row) in Kei car (light motor vehicle) sales in Japan.

2004: Suzuki introduces the first model of its ever-popular Swift.

2006:  Suzuki launched the SX4 mini crossover at the Geneva Motorshow.

With so much history, it’s no wonder that Suzuki is one of the world’s most trusted brands.

Suzuki’s inspiration came from “listening to what customers say, and developing products that are practical and have really superior value”.

Ignite your senses with Suzuki! Test drive your favourite model and find out why there’s so much to love about Suzuki.