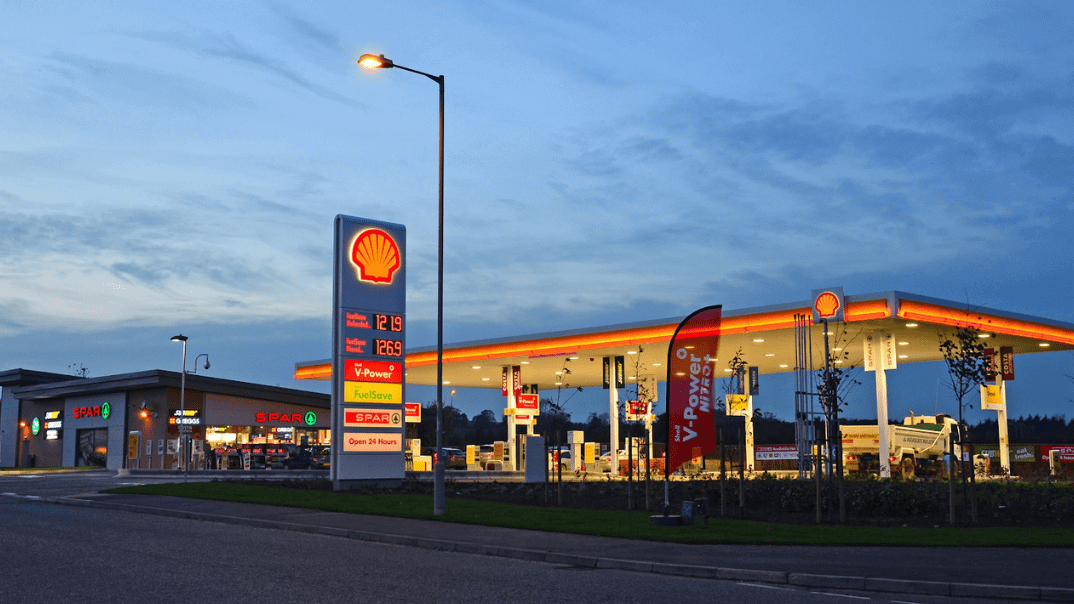 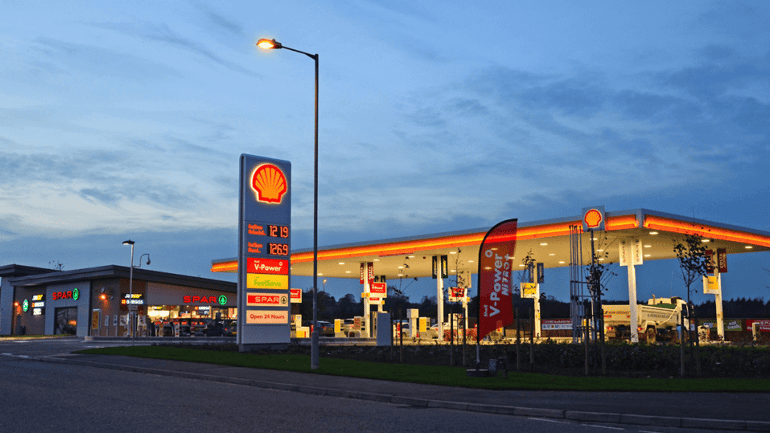 There are many things that you might have heard about petrol stations. These may vary from when you should fill up to whether you should use your phone while waiting to fill up. How do you separate the fact from the fiction?

Making more trips to the filling station may be easier on your cash flow but if you aren’t quite sure what you should or shouldn’t do at a petrol station, you could be making a mistake that may damage your car in the future.

We bust some myths and shed light on the facts as we identify these 17 commonly held beliefs around petrol stations and fuel.

Myth #1 - Filling your tank in the morning gets you more fuel for your money: MYTH

Many people like to fill up in the morning believing that they get more fuel for their money. This myth is based on the theory that, if petrol expands with heat, it must contract with cooler temperatures. So, filling up in the morning when it is cooler must mean you are getting more fuel than if you fill up at midday.

The fact is petrol stations store fuel in double-walled underground tanks that keep the fuel at a steady temperature. This means the time of day or temperature when you fill up doesn’t affect the density of your petrol. Midnight or midday - there is no difference. What you pay for is what you get!

Myth #2 - Using a mobile phone at a petrol station is dangerous:  MYTH

One widespread myth is that using mobile phones at petrol stations is highly dangerous. This is not true. Mobile devices are low-power radio-frequency transmitters (between 450 and 2700 MHz), with a peak power value that ranges between 0.1 and 2 watts. As explained in Blogthinkbig.com, the two common dangers that are thought to be related to the use of mobile phones are the possibility of explosions or fires.

However, Blogthinkbig.com says: “The only way that a mobile phone could generate a spark at a petrol station would be due to a defective battery. This is unlikely, and could also occur in the case of the car’s own battery.”

Myth #3 - All petrol brands are the same: MYTH

Do you buy petrol based on price or convenience? The petrol we get in South Africa goes through the National Energy Regulator of South Africa which is responsible for regulating the petroleum pipelines industry in accordance with the provisions of the Petroleum Pipelines Act, 2003 (Act No. 60 of 2003). This means there is a standard that all petrol brands need to maintain. All fuel brands mix different additives into their fuel so petrol brands are never the same.

You can read more about this in our article: Understanding fuel in South Africa and Across the Globe.

Myth #4 - Filling up with petrol while your car is running is dangerous: FACT

While this might be dependent on a number of factors, you need to be aware of the consequences of refuelling your car while it is running. It is definitely dangerous to refuel your car while the engine is running. It not only damages your car, but it can take only a drop of petrol for parts such as the engine, exhaust tailpipe, or catalytic converter to catch alight. Filling up while your car is idling can damage your car’s vapour recovery as harmful vapours are released when you fill up.

Myth #5 - Always queue on the same side as your fuel cap: MYTH

It makes no difference as fuel hoses can stretch around the vehicle to the fuel cap on the other side. It’s best through to park with your fuel cap on the same side as the pump as you’re less likely to be in the way of other vehicles.

If you’re unsure which side your fuel cap is look at your fuel gauge. Many vehicles have arrows on the fuel gauge that point left or right, indicating the side of the cap. This includes many Suzuki vehicles, and many drivers don’t notice this handy feature until it is pointed out to them.

Myth #6 - Pump your own fuel if you cannot see the station attendant: MYTH

Although there are many places in the world such as the USA, UK and France where petrol stations are self - service and people pump their own fuel. This is not the case in South Africa. The AA explains that there are specific laws in South Africa that prohibit South Africans from filling up their own tanks. There are various health and safety matters that we may overlook, and petrol pump attendants have been trained on how to work with fuel and use the various types of pumps. They are also trained in forecourt safety if there is ever a spillage or fire.

One benefit of not filling your own car is  the smell of petrol which will linger on your hands. What if you have to go to a meeting, birthday party or dinner with friends? Wouldn't you prefer somebody else to deal with the potential spillage issue? For the record, the UK and France have not had petrol attendants for many years!

It's okay to tip petrol attendants. Let’s face it - they handle all the mess and fuss of filling up your tank, checking water, oil, tyres, etc. It’s only fair to tip the attendant who spends time outside in all types of weather waiting to serve you. It’s not a ‘must do’ but it is a show of thanks and is always appreciated..

Petrol pumps are accurate. You need to be alert when you refuel your car. There are two steps you can take to make sure you receive the petrol that you pay for:

Myth #9 - You should wait until your next car service to ensure that you’re running smoothly with every drive: MYTH

You should always keep an eye, or ear out, for issues that may occur with your car. New or different sounds can indicate that your car is starting to develop maintenance issues. Take your car to your local dealer and let them have a look at your car to attempt to diagnose the issues that could be causing those strange sounds and read up on what your warning lights mean.

You may think that squeezing every last drop of fuel into your tank, or ‘fuel topping’ is a good idea, especially with the ever-increasing petrol price but this isn’t true. In fact, fuel topping can have negative effects on your vehicle. Fuel topping can either overwhelm your evaporative system and damage it or can cause a hazardous leak from the excess pressure in the system,” says Ed Nemphos, owner of Brentwood Automotive. Fuel topping can not only damage your car, but affect your pocket, and cause harmful vapours that pollute the environment.

The general belief that filling station owners play a role in petrol hikes is a misconception. The petrol retail price is regulated by the government, and the calculation of the new price is done by the Central Energy Fund (CEF) on behalf of the Department of Minerals and Energy (DME). The profit earned by the business owner is regulated. It is not linked to the pump price but to the litres of petrol sold.

We have debunked some myths and shed some light on the facts, but if you still want to know more read our article: Understanding fuel in South Africa and Across the Globe.

Assuming we are talking about petroleum fuel and not the exotic alcohol or nitro-based fuels, the simple answer is no, your car won’t go faster. In South Africa most fuel used for racing is 102 Octane although some countries sell 110 Octane at the pumps.

A bit of a simplification, but racing fuel is used more for its resistance to causing engine knock than for its power-adding properties.

The engines fitted to cars sold locally are all set to run on the fuel available.

Myth #13 – Shifting into neutral at stops will save fuel: MYTH

This myth may have applied when engines required carburettors. However, today's vehicles have computerised fuel-injection systems that sense if an engine is revving above idle when you ease off the accelerator. When this happens, the fuel injectors shut off, so fuel is no longer injected into the engine, even if the car is still in gear. The only thing you accomplish by constantly shifting in and out of neutral is premature wear on the shift components.

Years ago, your transmission choices were usually a 5-speed manual or a 3-speed automatic. Manual transmissions almost always achieved better mileage because a reasonably skilled driver could control engine revs through efficient shifting.

However, today's high-tech automatic transmissions are typically more competent and efficient than a driver using the combination of a clutch and stick shift. Few young drivers these days learn how to properly drive a vehicle equipped with a manual transmission and, given that a manual is usually reserved for high-performance cars, it is difficult for the average driver to squeeze the best possible mileage out of a car with a clutch.

Older engines used to draw air through the air filter directly into the carburettor, so a clogged filter could affect consumption to some degree. However,  today's advanced engines have a computerised engine control module (ECM) to precisely regulate the air-to-fuel ratio.

In a modern vehicle, air goes through the filter and then through a sensor that lets the ECM gauge the airflow and adjust the fuel accordingly i.e. less airflow means less fuel is sent to the engine.

With modern engines being very much sealed units, this is less prevalent than before, although there are still various potions available from retail stores claiming to improve fuel consumption. We have never found one that has actually been proven to stand up to the claim. While fuel-injector cleaners may lead to better fuel economy if the ones in your car are dirty and clogged, other fuel additives — even if they work as advertised — probably would not save enough to cover their added cost. The fuel companies themselves put additives in their fuel, but these are mainly to aid injector cleaning.

Fuel consumption is largely a factor of the engine capacity, driving style, and vehicle maintenance. If you look after your car and service it according to the specified schedule the fuel consumption should not change as the vehicle gets older.

If you want to know more about fuel saving tips in a manual car, automatic car or an SUV, you can find these and so much more on our blog. Subscribe and get everything you need sent straight to your inbox.

For more handy tips to keep your  car running at its best, make sure you    subscribe to our blog. We’ll send you all of our latest expert advice straight to your inbox.