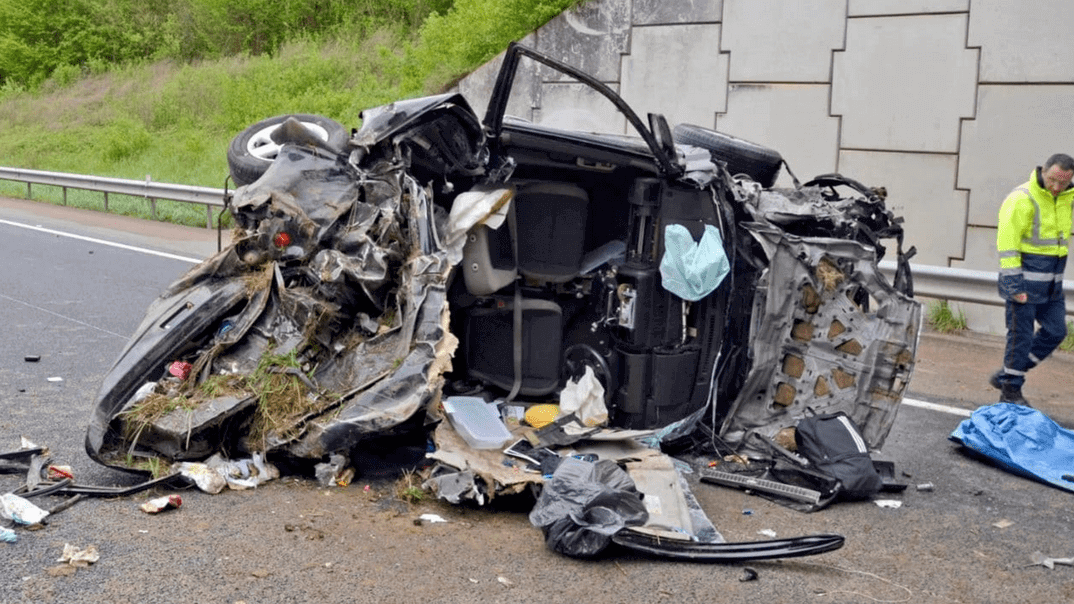 9 most common causes of road accidents in South Africa

9 most common causes of road accidents in South Africa

In 2017 road deaths reached the highest levels in ten years, here are some of the major causes of these accidents and how you can avoid becoming a statistic.

We don’t often think that something as tragic as a major car accident can happen to us. Sure, we can experience a close call or two, or a near miss here and there, but the thought of actually being in an accident that could end badly is never something we concern ourselves with - until it happens to us, which is when we start asking ourselves, “How did this happen?”

Very often, the answer isn't how, but why. We will be taking you through the nine common reasons for road accidents on South African roads - roads, which mind you are very, very different to roads around the world.

In the RTMCs (Road Traffic Management Corporation) 2016-2017 report, they describe human factors as the primary reason for 77% of all fatal road accidents. This is followed by road conditions at 16%, and the condition of a vehicle at 6%. Those statistics reveal a frightening truth: if we were more cautious on the road, that number would be lower than it is.

So, what are these top nine reasons that seem to be more human-related than anything else?

In a Wheels24 article, they list things like talking on your cellphone or texting while driving, eating while driving, applying makeup and setting GPS devices while driving, to name a few. 25% of the accidents that fall within this group are caused by the use of cellphones while driving.  Wheels24 writes, "A single use of a cellphone results in an average of 52 seconds of distracted driving", which is just over 1 kilometre, impairing the driver's ability to react adequately to changes in the road.

According to the SAPS article, "Your blood may not have an alcohol content of more than 0.05%.” Now, depending on one's body, for some people that means that by having just one beer it could put them over the limit. The consequences for this could be a fine that could cost up to R2000, or have you wind up in prison with a criminal record and a suspended license. Or worse, driving drunk could result in a fatal accident.

The Arrive Alive website states that the severity of a crash increases with speed. If you speed, you might not be able to stop. With a reaction time of one second, it will take the average driver, driving at 110 km/h, about 90m to come to a stop on a dry surface. It also adds that the effectiveness of safety devices such as airbags and safety belts are severely compromised at high speeds, which simply means that there is a greater chance for an accident that can result from speeding, to end in a fatality.

We see this everyday - accidents caused by drivers who cut into tight spaces at high speeds, or who don’t concern themselves with the rules of the road, skipping stop signs and robots.

Yep, pedestrians can also cause a bit of havoc on the roads. As mentioned in the Road Traffic Management Corporation's annual reports, pedestrian deaths far outnumber those of passengers or drivers. The report shows that in 2016 alone there were 5 410 pedestrian deaths, compared to 408 passengers and 360 drivers. This could be as a result of not looking before crossing the road or being distracted before doing such.

As mentioned above, human factors serve a great part South African road accidents. However, factors like road conditions and vehicle conditions contribute to this number.

Let's admit it, we've all angrily asked the question, "Why is it that when it rains people seem to forget how to drive?" As soon as a few drops hit the road, things seem to change for the worse on the roads. Sudden, unexpected and heavy rain often causes impacts, as does wet, slippery roads. For this reason, it’s pivotal to be extra wary on the highways after the first rain of the season - the oil and muck that’s built up over the dry season makes the tar extra slippery.

In an article on the Road Cover website, it’s written that the national government is aware of the dangerous road conditions across the country, which has resulted in them announcing a R22 billion budget over the next three years on a countrywide pothole repair program. They continue to write that The Automobile Association (AA) said that if there was proper maintenance done on our roads, then there could be an immediate decrease in about 5% of road deaths, costing the economy about R40 billion.

The remaining two common causes are more vehicle related, or rather the vehicle’s inability to function properly.

You might have been asking yourself, “but where is the dreaded taxi on this list?” Well, you don't have to wait any longer. According to an Arrive Alive article, research done by the CSIR indicates that nearly 20% of accidents involving minibuses having tyre failure as a contributing factor. This, however, doesn't exempt drivers of light moving vehicles, who according to the article, should be checking tyre pressure - including the spare, once a week or so before undertaking a long journey.

There are a number of stories in the news that speak of faulty brakes as the cause of fatal accidents - the most memorable being the KZN truck crash that claimed 22 lives.

It is our responsibility as drivers to not only concern ourselves with our own lives, but with the lives and well-being of those around us. So the next time you're out on the road, remember that you could be the reason someone makes it home or not - so do all you can to ensure that you keep your fellow road users safe.

To find out more about keeping your car running smoothly and keeping costs down, download our guide: Extending the Lifespan of Your Car.