The SA media couldn’t have prepared themselves for how hot this lightweight, turbo-charged hatchback was going to be at the launch. They owned it by testing this speedy car on a racetrack.

The latest Swift Sport is a great hot hatch to have in the South African market because it’s friendly on consumers’ pockets in terms of the overall cost of ownership which includes insurance, maintenance and fuel costs. I believe that Suzuki Japan has gone above and beyond to improve this car in every little detail to have an overall big impact.

The new Swift Sport is taking this popular sports hatchback to another level. I absolutely love everything about it, it’s faster, agile, balanced, feature-packed and more comfortable than ever before. Although all the colours are stunning, my two favourite colours are  Burning Red Pearl and Champion Yellow.

South African motoring journalists from around the country were teeming with excitement to test drive the new turbo-charged Swift Sport on the Redstar Raceway in Delmas, Mpumalanga.

Jason Woosey from IOL was impressed with how the Swift Sport performed on the circuit, delivering on performance with an impressive response to throttle inputs and packing a punch no matter what the rev range. “Suzuki has done a far more comprehensive job on the design front, the performance model now coming with a more distinctive and angrier-looking front bumper that houses a deep-set honeycomb grille,” says Jason.

In his Swift Sport review Khulekani Dumisa from Khulekani On Wheels loved how immediately distinguishable the new Swift Sport is with its 16” diamond cut and polished alloy wheels. “The power of the new motor is almost immediately noticeable as it comes much quicker. Unlike its predecessor, not a lot of effort is required to get power out of it. This means you have the ability to focus more on the driving experience,” says Khulekani. “All in all, the Swift Sport proved to be fun and enjoyable, and importantly, much improved compared to the outgoing model.”

Listen to what else Khulekani had to say about the Swift Sport as well as the Vitara Turbo in the audio clip below. 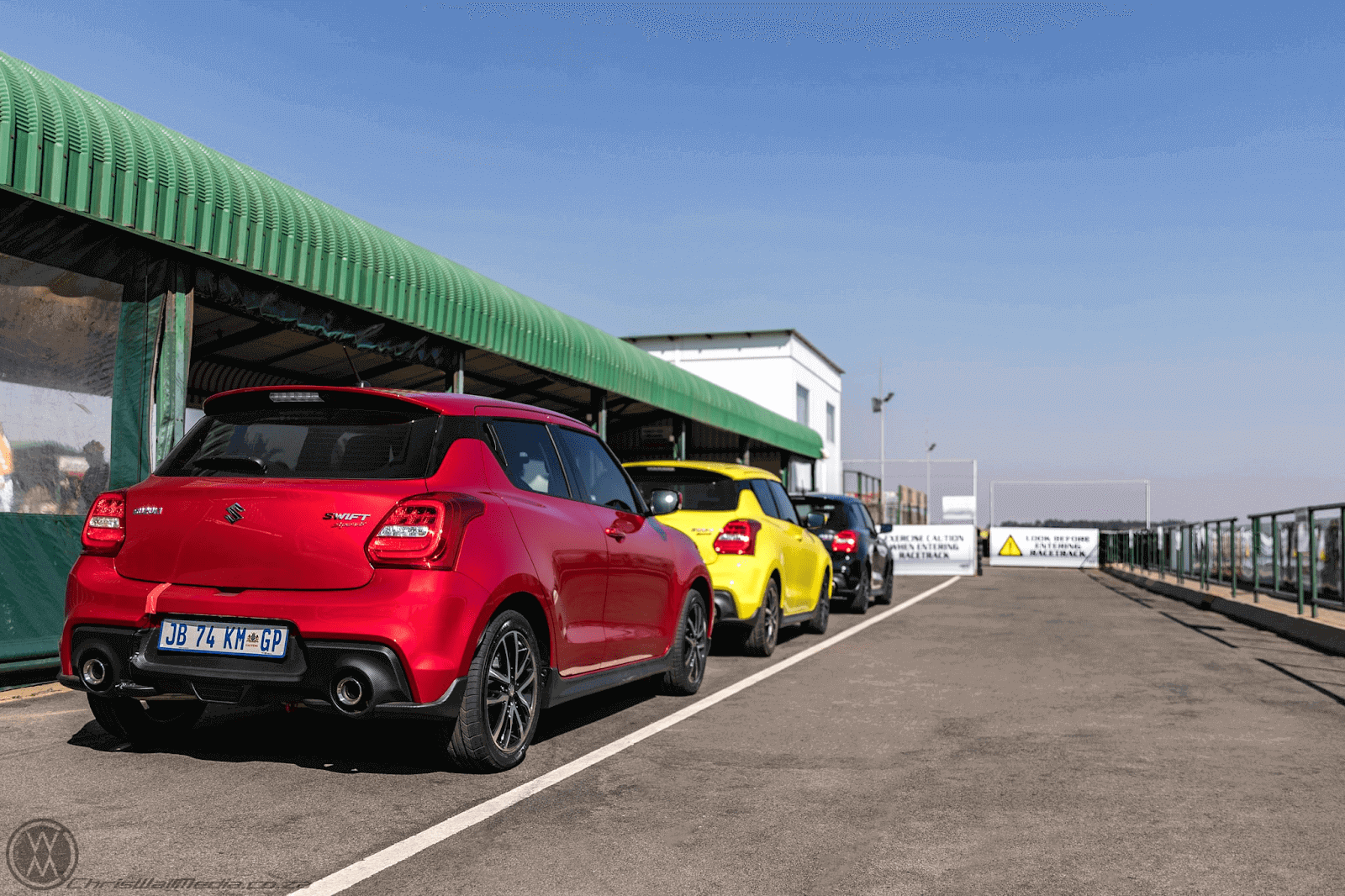 Sean Parker from Wheels24 had this to say about his experience on the track with our hottest hatch yet: “We used the manual versions only and while I wasn't convinced by the lightness of the steering wheel it was immediately clear that the Swift Sport is still a helluva fun car to chuck around!” All journalists got to take the new Swift Sport on a gymkhana exercise, the umbrella term for a timed event on a small course. “Changing via the paddles felt quick and it can be argued that the auto version can only unlock more fans to the Swift Sport family,” says Sean on his gymkhana experience in the automatic Swift Sport.

Sam Ayres, one of the founders of The Motorist, thinks we’ve got the balance just right by incorporating new technology for safety, fuel economy, and performance while keeping the spirit of the Swift Sport. “It’s sad to see the 1.6 NA motor go, but times change and to sell cars manufacturers need to adapt to the times. It’s an evolution and a very good one at that,” says Sam Ayres, The Motorist. “The 6-speed manual gearbox features a further 10% reduction in shift distance, I’ve always loved this box and the new one is just as pleasing. The blend of more torque with reduced weight allows the Swift to retain most of the driving experience that puts a smile on our face.”

Listen to what else Sam had to say about the Swift Sport as well as the Vitara Turbo in the audio clip below.

Customer Experience Manager at Cars.co.za, Hannes Oosthuizen described the new Swift Sport as, “A blend of throttle adjustability, chassis balance, and a zingy, high-rev power delivery provides genuine sportscar-like thrills at a fraction of the price.” “Serious petrolheads will also appreciate the digital display that can be configured to display values such as boost or oil pressure,” says Hannes.

Wilhelm Lutjeharms from CAR Mag finds the new Swift Sport, “A veritable palate cleanser in a world filled to the brim with sports-, super- and hyper-cars.” “The Sport feels quicker than its claimed 0-100 km/h time of 8,0 seconds suggests. The new model is exceedingly difficult to fault. Indeed, Suzuki should be commended for offering a vehicle capable of serving up this much fun at this end of the market,” says Wilhelm.

Listen to what else Wilhelm had to say about the Swift Sport as well as the Vitara Turbo in the audio clip below. 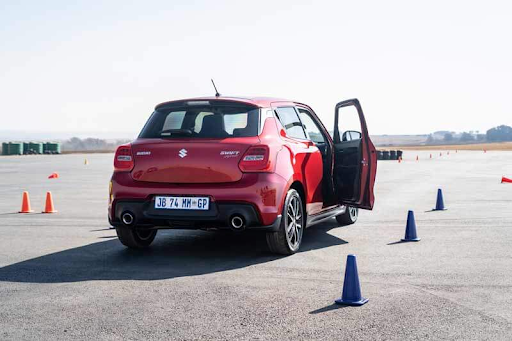 Image by The Motorist

You can listen to how other journalists reacted to the new turbo-boosted Swift Sport and the Vitara Turbo on the day of the launch. Wezile Bonani from BayFM 107.9 loved the drive from OR Tambo Airport to the Redstar Raceway track in the beautiful Vitara Turbo, giving the interior design a lot of praise. He enjoyed how, as a passenger, he could feel how responsive the engine was.

Thomas Falkiner from TimesLIVE is a purist petrolhead, preferring to drive the manual Swift Sport to appreciate the improvements of the new model. He loves that the Swift Sport continues to be a playful car for those who love driving.

Kyle Kock from Weg! Ry en Sleep, already a fan of the Swift Sport as he owned the previous generation model, was completely blown away with the new BOOSTERJET engine. He was impressed that the weight of the hot hatch was reduced while more power was added.

Want to get into the driver’s seat of this speedy, hot hatch? Book a test drive and experience why Swift Speed fans are lining up to Own It!

Experience a nifty drive while handling the bends in all weather conditions. The Suzuki Swift is a perfect size for all drivers and boasts a sleek design. Find out more about the  Swift range  available that suits you.