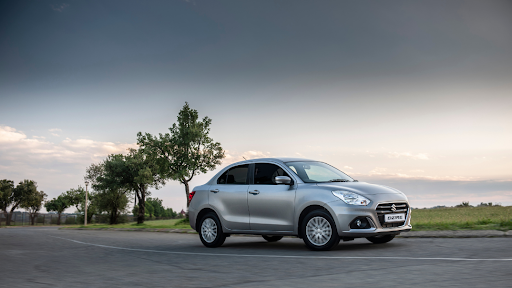 In this episode, we delve into a little of the back story on headlights and how they have evolved since they first appeared on motor vehicles. Peter explains why Xenon lights are so effective and also tells us more about LED lights that are found in cars today. Keep watching for a hint at what’s to come in terms of the latest advances in headlight technology. Welcome to this week's episode of Let's Talk Automotive. And in this segment on How Things Work, we're going to take you through a brief explanation of the different types of headlamps that we found on our vehicles.  We’re also going to take you on a little bit of a journey in terms of how we have got to some of the amazing technologies that we currently see in our vehicles.

So let's go right back to the beginning. When we first started to see headlamps appearing on our cars and in those days, in the early 1880s, in fact, we used to use either acetylene lamps or oil filled lamps. The oil filled lamps were actually the same lamps that miners  used to use when they were down in the dark dungeons of the mines. But they weren't very good lights, as you can imagine, there was absolutely no focus and they didn't last very long.

And then in the 1910s, we saw the advent of the first electric lighting appearing on vehicles, but this was still the domain of premium cars because we needed to have a very small dynamo to charge a battery, to then power the lights. And that was still quite expensive technology.

So in the sixties we saw for the first time sealed headlamps, and this was really a game changer in terms of the quality of headlamps that we saw as well as the reliability of headlamps. And so with our sealed headlamps, we had halogen bulbs also that came through in the sixties, and these enabled designers to have very bright lights, especially on high beam and, because of the parabolic shape of the lenses, the lights were nice and focused and we were allowed to now have even longer low beams.

But the disadvantage of the parabolic sealed units was that the whole light was the lens. And so the designers were quite restricted in terms of the shape of headlights that we saw in vehicles. And it wasn't until we came across high-intensity discharge lamps, or as we know today, Xenon lamps, that made the headlight unit itself very, very small and gave designers much more freedom in terms of the shapes of your lights. And that's where we've started to see some really cool designs and cool looking cars, especially from the front.

So what is a Xenon light you may ask? Well, what it is basically, is a gas where we have two elements or electrodes that  create light using the gas, it energizes the gas and that gas gives off a very, very clear light. And in fact, one of the advantages of Xenon lights is that the frequency of the Xenon light approximates that of the sun. So in fact, at night, our eyes adapt far better and can see better when we're using Xenon lights. So it's almost the carrot of lights if you like.

Now, the disadvantage of Xenon lights is that Xenon lights take a lot of energy to start up. And that's why initially, we could only have them on low beams. We couldn't use them for a high beam because if we flicked on our high beam, it took too long for the light to switch on. It was only in later iterations where we actually physically had a shutter over the lens, that we could create the effect of a high beam. So on low beam, the shutter was closed halfway and on high beam, the shutter opened fully, but nonetheless, it still took a lot of energy to charge up these lights and that energy ultimately, uses fuel.

And then of course, came the dawn of LED lights, light emitting diodes.

And this has really changed the face of headlamps as we know it, because there is a number of things that we can do with those LEDs. So first of all, they're very, very bright, but the second thing is, they're very, very small. And because we can make these LED lights very, very small, we can have a whole lot of LEDs. And in fact, we can create a matrix of LEDs. And what that enables us to do is now to have a split beam, so we can literally have, simultaneously, bright and dimmed. And the camera that is located on the windscreen of the vehicle actually detects objects in front of it, including other vehicles. We'll instruct the light in terms of where to apply a high beam and where to apply a low beam so that we don't dazzle drivers in front of us.

So when it comes to cars, we've seen incredible advances in technology when it comes to propulsion systems; our electronic systems, whether it be safety items or whether it be our user interface systems. And the next generation of technology is literally going to be with our headlamps. We've got some incredibly exciting stuff that we're going to share with you in future episodes that includes matrix light;. it includes high definition matrix lights; it includes liquid crystal lights that literally project images onto the road, as well as lasers. And literally the future is bright!

So on that note, we'll leave it at that. And we look forward to showing you some of the exciting technology when it comes to headlights on future episodes.