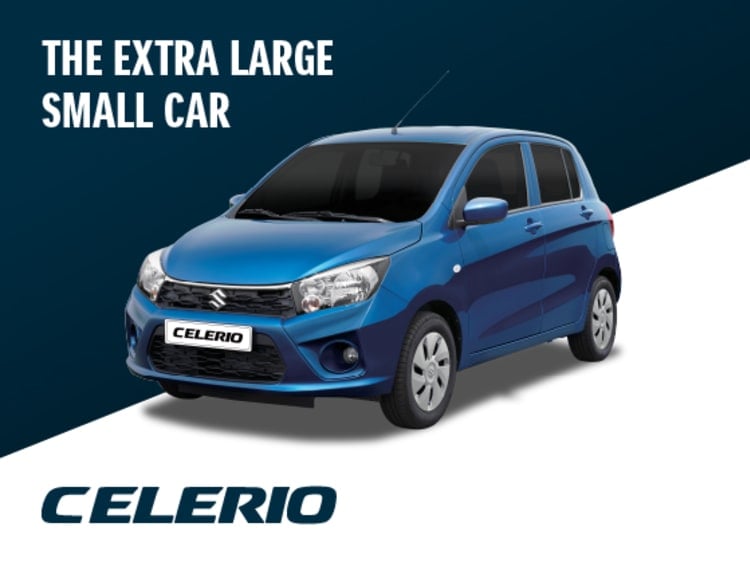 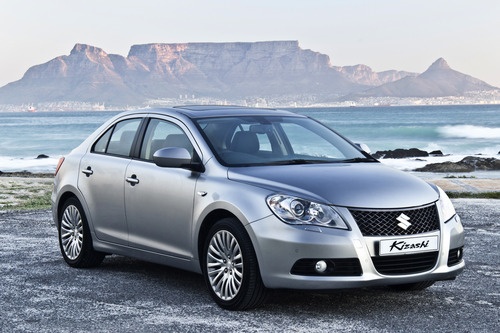 South Africans are a remarkable breed, and they excel at so many things. Rugby. Braavleis. Cricket. Humour. Hospitality. Swimming. Corruption. Technology. But take individuals like Mark Shuttleworth and Elon Musk, the SA-born entrepreneur and inventor best known, as Wikipedia reminds us, for creating the space company SpaceX and PayPal, among other things.

And that's just skimming the surface.

Yet one more thing that South Africans excel at is appalling driving. We have, empirical and anecdotal evidence suggests, some of the worst drivers in the world.

Speeding. Drunk driving, Hogging lanes. These are almost national sports. But when it comes to dodgy driving, the thing we South Africans are the very best at is tailgating.

Everyone has a tailgating tale. Probably several. I certainly do.

Just the other week I was driving a Suzuki Kizashi, and as you probably know the Kizashi is a big, sybaritic, slightly envy-inducing sedan. It is, in short, Suzuki doing luxury and the car competes not just with equivalent Japanese marques, but even some German manufacturers. It's that good.

But we're getting off topic. I was effortlessly piloting the Kizashi down a country lane when a tow truck loomed in the rear view mirror. The driver - your standard-issue, bicep-bound, tattoo-wearing character - had a female passenger.

And he negotiated his hotted-up tow truck - which aesthetically and acoustically signaled that he had a very small penis indeed - to mere inches from the Kizashi's rear bumper. I could see his lips writhe like epileptic leeches as he no doubt speculated to his washed-out blonde passenger on the various shortcomings, failings and inadequacies of the "larney" piloting this luxo-mobile.

The Kizashi wasn't mine. It was a test car. This was sad, because had it been my own car I would have been tempted to tickle the brakes and have him rear-end me. Then I would have emerged - doubtless unscathed, for it's a safe car indeed - from my vehicle and done a little dance as I pointed out to him that his insurance company and boss would doubtless take a very dim view of his driving practices.

But let me not go down that road. These sort of thoughts of Very Wicked.

Taxis also rather like to tailgate. They like it a lot. But as taxi-bashing and taxi-vilification is yet another national sport, I'm not going to pander to the clucking middle-classes and further heap vitriol on this segment. In fact, I notice - and maybe this is just peculiar to KZN, where I live and do much of my driving - that many taxi drivers will respond to the slightest of motoring courtesies with great gratitude and thanks. And let's not forget that taxis are responsible for transporting a very large section of the SA working population, so keeping the economy going. Which isn't to totally absolve them of some appalling driving practices.

Tailgating seems particular popular in the wet, when stopping distances are of course even longer. Many a time I've had a car or truck follow mere feet behind my bumper in monsoon weather, making me want to pull the driver out and shout: "Is your time so extraordinarily valuable that you need to risk my life, and yours" by arriving potential nano-seconds earlier at your destination" 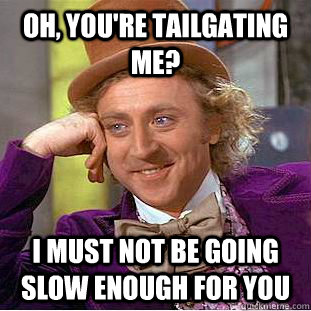 But of course I don't.

Yet another thing that most Tailgate Charlies are woefully unaware of is that braking distances are exponential.

Depending on the vehicle, the road surface and several other factors it might take 40 metres to come to a halt from 100km/h. But from 200km/h - a speed that a worrying number of drivers seem to think is perfectly acceptable, even on our roads, clogged as they are with slow-moving traffic - it won't take 80 metres. No. It will take 160 metres.

This I have seen proven under safe, controlled circumstances on advanced driving courses. And it's frightening indeed.

So be good at braaing. Be good at cricket. Be good at humour. Be a remarkable South African. But for the sake of all that's sacred don't try be another tailgating terror.