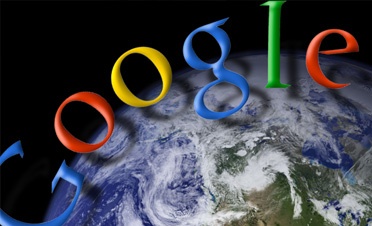 Let me take your mind back to a couple of years ago, where the more astute of you may remember an endeavour by some of the boffins at Google. They decided that they'd conquered the internet, were busy taking the world of cellular telephones by storm with their Android operating system- which today is on virtually everyone's phone, including my Dad's- and the next logical step for them was to crack the age old transportation conundrum.

Being boffins-and in this case Google boffins-which let's face it are the best kind, they didn't just build their car on instinct, using twine, bits of old railway and whatever they could cobble together from sheds and scrap yards, in the way all traditional manufactures are born. No, instead they decided to set automotive history by conducting an academic study before designing their car. And the result of this study? Well yes a concept car did materialize from it all, and no it's not like it actually worked, solved the world's problems as promised or is on sale at your local dealership, but I'm not going to be focusing on that for a couple of reasons. Firstly, it's the most ridiculous looking mutant automotive creation in history and secondly I feel the sheer insanity of it all would undermine the rest of this article. What I'm interested in is the result of the academic study.

The shocking truth they stumbled upon is that humans are not meant to drive.

Now this is quite a startling conclusion to come to. Let's take a step back and think about this. We've been driving for how long now? Surely the ability to drive should at the very least be built into our genes by this stage of evolution, especially as life is all about survival of the fittest, which with the number of road deaths we have every year should surely make all that's left the best drivers on the planet. In fact while the rest of the world celebrates the twelve days of Christmas, we defy convention and instead revel in the twelve taxi crashes of Christmas. 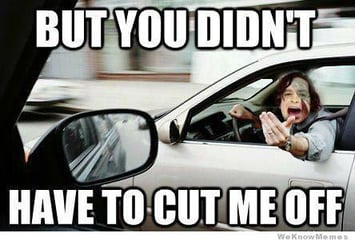 So as we're exiting the holiday season, another safety campaign for yet another year but I can't help wonder if there isn't something more substantial that we should be doing. In South Africa we have an incredibly high road accident rate. Way too high, so high, it's actually a disgrace. The only possible explanation for this being that we are terrible drivers. Now that means all of us. We cannot just go putting the "Bad Driver" label on a few. Something has to change.

Firstly we have to learn how to drive properly, take the Finnish approach and do it right from the start. I can say hand on heart that it was my father who taught me to drive properly rather than a driving instructor, who merely taught me how to pass my driving test which as everyone who's passed their K53 in this country can testify to, those skill sets are poles apart. Now I love driving and have an active interest in improving my abilities whenever and wherever I can. Most however do not and therefore have absolutely no motivation whatsoever in improving their abilities, which is a scary thought considering the only training is virtually useless. Therefore step one is for the learning process and subsequent drivers test to be sensible, focusing on teaching people how to drive properly, rather than transforming each of us into wobbly headed dolls performing each of the quadrillion billion blind spot checks just so we're allowed to turn on the ignition.

As to who should come up with a proper drivers test, well that's obvious, namely the people who run all the advanced drivers courses around the country. These guys are professionals, and being professionals know everything about everything when it comes to driving correctly and safely, rather than some government official creating a list of boxes to tick in order to satisfy their pedantic bureaucratic minds.

The second thing that needs to happen is people need to realise it's not just themselves on the road. Let's presume now that people can actually drive and know what they are doing. Traveling in rush hour traffic every day to work as most of us do, I think we can all agree that people are just completely selfish, with everyone always doing whatever they can to get ahead and by doing so inconveniencing about three hundred other people in the process. What we just don't seem to grasp is that if everyone plays along and does things properly then everyone will get places quicker, there will be less angry people on the road and as a consequence of all this fewer accidents.

Ok so now we've solved the atrocious accident epidemic in the country let's take this theory just a little further and think of the upshot of all this from the increased safety and shortened travel time on our roads. If you can now get to work five minutes quicker and stay five minutes later this would mean that all of us each year would put in approximately an extra forty hours a year. If we take a rough estimate of there being thirty six million working people in South Africa, (based on census information and unemployment rates), then that would mean the country would put in an extra one and a half billion working hours per year! Think of the benefits to the economy. We'd burst out of the recession quicker than firing a cannon! People would have more money, allowing better economic development projects to take place and with working hours up those projects would be completed substantially faster leading to a continuing upward spiral in our economy. All this improvement from simply driving considerately! 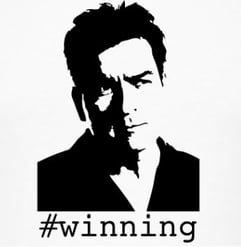 So why not take my advice? What's the worst that could happen? The only consequence I see is we all end up being a lot richer simply by driving well I bet you're more interested in learning how to drive properly now aren't you!