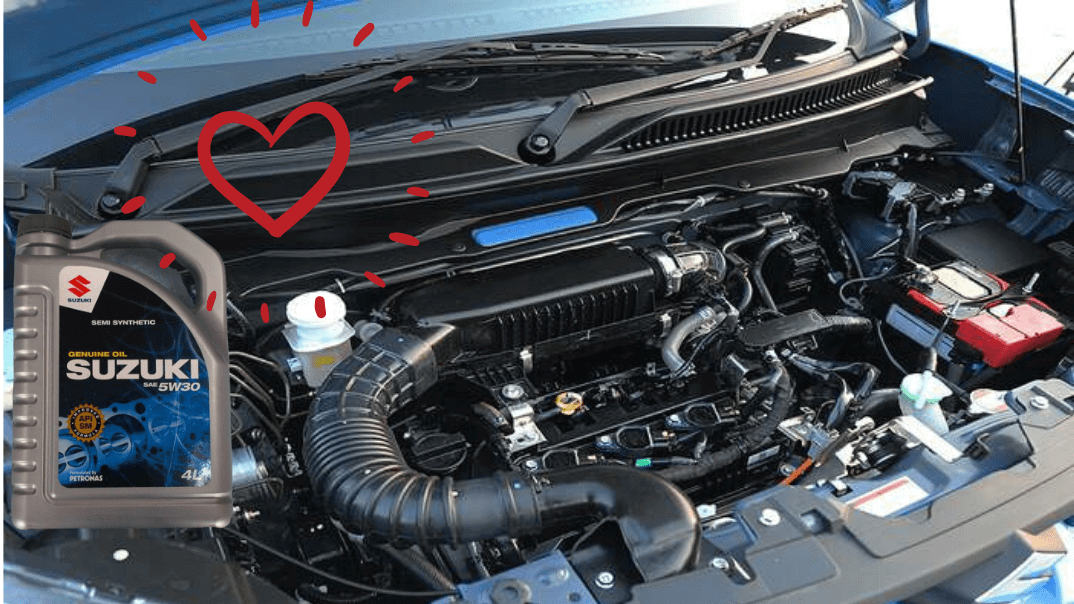 [Update] Which engine oil  is best for your car? Your manufacturer knows best!

[Update] Which engine oil  is best for your car? Your manufacturer knows best!

Choosing the best engine oil for your car can be very tricky given the large number of options available. However, your manufacturer’s guide can help you make the right choice.

If you’re looking to change your engine oil, chances are you’ll face a mind-numbing selection of options in a variety of grades from a countless number of manufacturers.

If you walk in with no background on the subject, it can be difficult to tell each apart or know which is the best engine oil for your beloved car. Is regular better than synthetic? What do all those numbers on the front of the bottle mean? Do you have to use engine oil designed by your car’s manufacturer? The good news is, we’ll be helping you cut through the confusion.

WHAT DOES ENGINE OIL ACTUALLY DO?

Apart from being the lifeblood of your engine? Oil ultimately separates your engine from a very hefty repair bill.

Without lubrication, an engine will run for less than a few minutes, before being severely damaged, and sometimes beyond repair. If you allow your oil level to run too low or you don’t change it on time, you can almost forget about your engine living a long, healthy life. No, seriously. What else is going to perform the following critical functions:

Options when choosing an Engine Oil

There are different types of oils for all kinds of specific purposes: high-tech engines, new cars, higher-mileage cars, heavy-duty/off-road SUVs. And if that isn’t confusing enough, there is a wide selections of viscosities. However, if you read your owner’s manual, chances are, you’ll come across your car’s manufacturer’s recommendation for which engine oil is best for your car. The manual may include a reference to Energy Conserving Oils, which simply means that the oil has passed a lab test against a reference oil. It's no guarantee of better fuel economy, but most of the leading brands have at least some viscosities that are so labelled.

Viscosity is a fluid’s resistance to flow, or its ‘thickness’. For example, honey has much higher viscosity than water.

The following number (50) represents the oil’s viscosity at 100°C, or 212°F. The higher this number, the more resistant the oil is to thinning at high temperatures.

Oil will naturally thicken in the cold and thin when hot, but needs to maintain an optimal viscosity to maintain function.

If your oil is too thick,  it will make your oil pump work harder and affects the oil’s ability to circulate freely within the engine. Circulating oil keeps your engine cool, so less circulation = higher temperatures and more wear on your engine.

Too thin oil, on the other hand, will be unable to cling to moving parts and won’t lubricate your engine properly, again leading to overheating and wear.

Your car manual should suggest the viscosity range you can work within.

Premium conventional oil is the most commonly used type of oil. It contains additives to withstand the temperatures and breakdown resistance that engines require. It’s usually a manufacturer’s cheapest option, however, it requires frequent changing. This type of oil is more popular amongst low to average-mileage cars with a simple engine design.

Full synthetic oil is ideal for cars that demand peak level performance and high levels of lubrication. Full synthetic oil provides higher viscosity levels, resistance to oxidation and thermal breakdown, and helps fight against oil sludge. Plus, it helps improve fuel efficiency and can even increase a vehicle’s horsepower by reducing engine drag.

Higher mileage oil is specifically designed for cars with more than 120 000 km on the clock. It can help reduce oil consumption, minimise leaks and oil seepage, and can also help reduce smoke and emissions in older engines

CHOOSING THE BEST ENGINE OIL FOR YOUR CAR

We have previously covered the differences between 93 and 95 Octane fuel and which will be better for your specific car. Although this is an important topic, choosing the right oil for your car is even more critical, and the wrong choice can result in a badly damaged engine. When your car is out of service plan, always refer to your owners manual to check what the correct type of oil should be used, or better yet, just bring it to a Suzuki dealership for stress-free service. Remember; using the wrong oil in your car can cause major problems down the road.

SAE viscosity grade refers to how well an oil flows at various temperatures. API service categories involve a number of different tests that measure an oil’s ability to lubricate, clean, cool and protect internal engine components. ILSAC standards parallel API categories to a degree but include an enhanced emphasis on fuel efficiency benefits. ACEA sequences are a series of standards for European cars that some consider more stringent than API and ILSAC requirements.

In addition to the industry standards, almost every car and engine manufacturer has unique oil specifications that involve proprietary tests to ensure oils meet the specific requirements of their power plants. These standards are listed in your owner’s manual, and only oils that meet those requirements (in addition to SAE, API, ILSAC and ACEA standards) should be used in the car.

For example - after years of intensive research, Total and Suzuki teamed up in 2012 to reveal the best engine oil (Suzuki Genuine Oil) for our cars. SAE 5W30 synthetic engine oil variant (API rating of SG+) was unveiled as the recommended oil for most Suzuki cars, such as the Grand Vitara, Swift and Celerio.

Using oil that fails to meet a manufacturer’s specifications can result in engine wear or damage that will not be covered by the new-car warranty. So, that means you are responsible for making sure any oil put into your engine complies with the requirements as set forth in your owner’s manual.

SHOULD I USE OIL FROM A PETROL STATION?

What if I run into an emergency and need to fill up my oil at a petrol station? We often get asked by petrol attendants whether they should check the oil level of our cars. Most of us decline, as we assume that if there are no alarm bells ringing inside the car, everything must be fine, right? Wrong. You should regularly check the oil levels in your car, and doing so at every second fillup should be enough to make sure that engine oil levels do not drop below the recommended level. But what if your oil levels are noticeably low? If there is a clear leak, then it would be wise to top off at the petrol station and make your way to the nearest Suzuki dealership right away. Small leaks can drain oil levels over a period of time and won’t be as noticeable as massive leaks, but without regular checks can be just as dangerous.

Most petrol stations will have a range of oils on offer in case of an emergency. The first thing you should do is to check your owners manual to note what oil your car requires. After establishing that important point, the petrol station employee can tell you if they have the correct type of oil for your car. Most petrol stations stock reputable oil brands which should suffice until you can do a complete oil change at a Suzuki dealership.