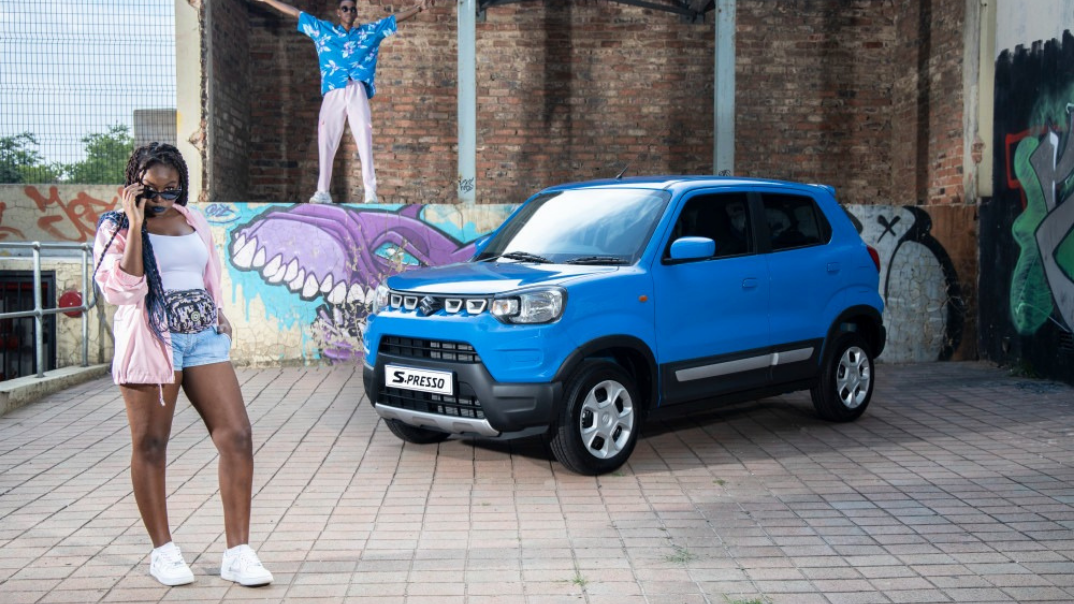 The move towards value-for-money vehicles is continuing and has helped Suzuki Auto South Africa hit a new record in August.

Naamsa, the automotive industry business council, reported on Tuesday that Suzuki hit an all-time new high with total sales of 2 470 vehicles in August. Importantly, 74,2% of the sales (three quarters) were to private individuals and small businesses through the Suzuki dealer network.

Naamsa, the automotive industry business council, reported on Tuesday that Suzuki hit an all-time new high with total sales of 2 470 vehicles in August. Importantly, 74,2% of the sales (three quarters) were to private individuals and small businesses through the Suzuki dealer network.

The balance of sales were sold to rental companies that are revitalising their corporate and rental fleets in the hope of a more active holiday season.

During August, the Suzuki S-Presso was the top performer, selling 754 new units. It was followed closely by the Swift with 602 units and the Vitara Brezza, which found 466 new homes in the same month.

With such a good sales month, Suzuki jumped to the fifth position behind Toyota (including Lexus and Hino), Volkswagen (including Audi), Nissan (including Datsun) and Hyundai. This is the highest overall position ever for Suzuki, although it is not the first time for Suzuki to be in this position.

While many manufacturers did not manage to hit the same highs as Suzuki, the industry as a whole had a relatively good month. Total sales reached 41 425 units, which is up 24.6% from the same month last year. Comparisons remain difficult, considering the lockdown restrictions that applied in 2020.

Henno Havenga, manager for auto dealer sales at Suzuki Auto, says: “The record number belies the very hard work done by our dealer network, which has had to endure strict lockdown protocols, delays in vehicle shipments and an overwhelming demand from customers.

“We would like to thank all dealers for their tireless work to deliver vehicles to customers on our waiting list and to keep those yet to receive their Suzukis informed and happy.”

This is the third record month for Suzuki in 2021 and it follows a year in which the company set new benchmarks, despite the severe lockdown disruptions and a general slowdown of international shipments. The first record for the year was hit in February when the company sold 2 142 vehicles, and it was soon followed by another record in March when Suzuki hit sales of 2 397 vehicles.

“Since our last record month, there have been a few unfortunate disruptions, including vehicle shipments. The record sales are a testament to the entire network’s hard work and to the support from our loyal customers, and we hope to maintain this momentum in the coming months,” says Havenga.