Suzuki takes on the Simola Hill 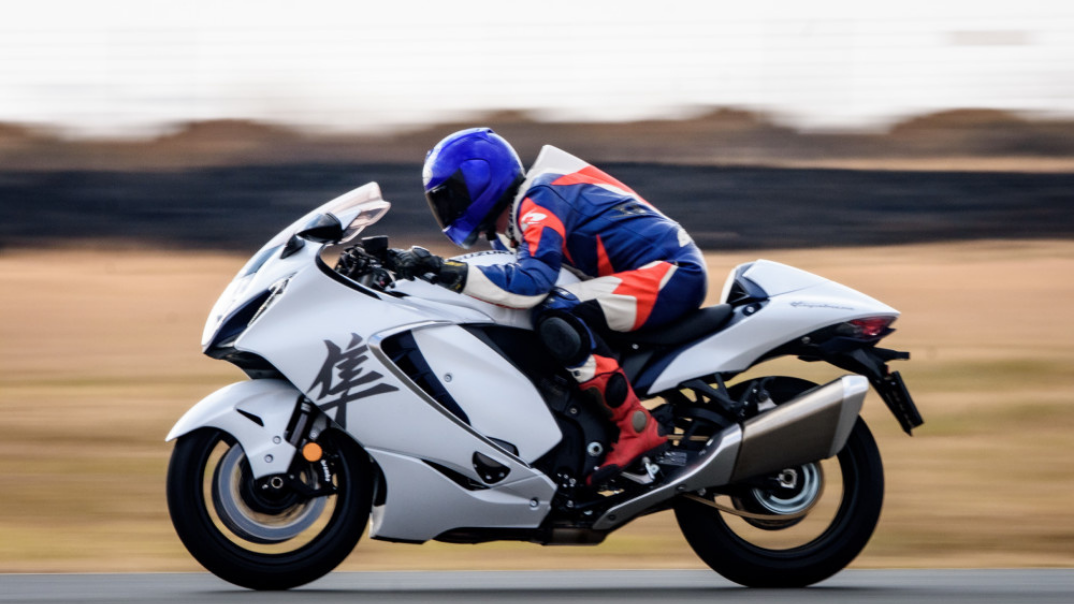 If there is adrenalin flowing and fun to be had, you can be sure Suzuki will be there.

The Japanese company on Friday announced its participation in this year’s Simola Hillclimb as a branding partner and supporter of three of the fastest private entries in the Classic Car and King of the Hill racing classes.

It has also announced that it will bring the first and only new Suzuki Hayabusa to the famed hill and showcase it to competitors and online crowds alike.

“We are very excited about sending our team of motorcycle and racing specialists to support the Suzuki-powered racing drivers in Knysna for the Simola Hillclimb and to race the new Hayabusa up the hill.

“While the event is run under some limitations, we welcome its return and the opportunity for us to not only help make the events a reality but to showcase the youthful and fun-loving side of Suzuki,” says Brendon Carpenter, Brand Marketing Manager at Suzuki Auto South Africa.

This is the first time that Suzuki will make an official appearance at Simola, although its engine technology has been used by many of the brave men and women who make the annual trek to Knysna to challenge the Simola Hill and the stopwatch.

“We have been keeping an eye on the Simola Hillclimb as it evolved from a weekend event hosted by local enthusiasts to a premium fixture on the national racing calendar. When we heard that the event will restart this year, after the lockdown disruptions of 2020, we jumped at the opportunity to join,” says Carpenter.

Suzuki was also welcomed by the organisers of the Simola Hillclimb. Says Ian Shrosbree, Managing Director of the Knysna Speed Festival: “We are so excited to have Suzuki join the Simola Hillclimb as a partner this year. After all our Hillclimb postponements and so much negativity around events in general due to COVID-19, it has been so refreshing to experience the excitement that the Suzuki team have for the event despite these challenging conditions.

“The Suzuki brand in South Africa is young and dynamic, which has been reflected in the enthusiasm with which they have grasped this opportunity and, despite not being allowed spectators at the event, the Hayabusa activation is going to be super exciting for both the competitors and officials at the track, and the viewers on television and live stream. We look forward to Suzuki being part of the Hillclimb for many years to come as they will bring so much fun to the event which is what it is all about.”

On Saturday and Sunday, the focus will move to the Radical SR1 Clubsport of Devin Robertson, also powered by a Suzuki Hayabusa engine, and the Speedcar Extrem racing buggy of Megan Verlaque. Verlaque has chosen the 600cc engine from a Suzuki GSX-R 600 to power her attempt up the hill.

Throughout the weekend, Suzuki will showcase the brand-new Suzuki Hayabusa, the father of the Sport Bike category and one of the fastest and most advanced production motorcycles in the world.

The first version of the all-new Hayabusa landed in South Africa and it is currently touring the country to whet the appetite of current and prospective owners. The tour recently started in KwaZulu-Natal and has made its way down the east coast of the country to meet the Simola contenders in Knysna.

“The Hayabusa is perhaps one of the most iconic names in the upper echelon of Sports Bikes,” says Chris Kuun, Area Manager for Motorcycle Marketing at Suzuki.

“So popular is this 1 340cc bike that the first two consignments heading to South Africa have already been sold, without a single buyer seeing the new motorcycle.”

For the Simola Hill Climb weekend, Suzuki has asked the South African superbike racer and Isle of Man TT rider, Allan Jon (AJ) Venter, to show the bike to the contenders and virtual crowds during Simola. Venter will race the Hayabusa up the Simola Hill during breaks to showcase the bike’s broad scope of talents, while also aiming to set a good time up the hill’s narrow and winding road.

“The Hayabusa is the most advanced motorcycle ever from Suzuki. It utilises the next generation of motorcycle technologies, such as the Suzuki Intelligent Ride System (S.I.R.S), which adapts to driver intent and road conditions to offer the best riding experience possible.

“S.I.R.S groups a range of highly advanced systems, including our Bi-Directional Quick Shift System, our Power Mode Selector and the Suzuki Drive Mode Selector Alpha system (SDMS-a), which controls and optimises virtually every aspect of the Hayabusa,” says Kuun.

This year’s Simola Hill Climb was postponed several times owing to the COVID-19 pandemic. The event was originally penned for May 2020 and was postponed from May and then September this year to accommodate the disruptions of various national lockdowns and to ensure the safety of all competitors.

For this year’s event, no spectators will be allowed, but organisers have arranged for the best possible live streaming of the event to bring the excitement of this short form racing to everyone’s living rooms and mobile devices.

“We realise that many spectators and fans would have loved to be at the event. We hope that our participation in the event will continue well into the future and that we will soon be able to welcome fans back in person to this, one of South Africa’s most loved racing events,” says Carpenter.