The future of car ownership in cities: One car one family 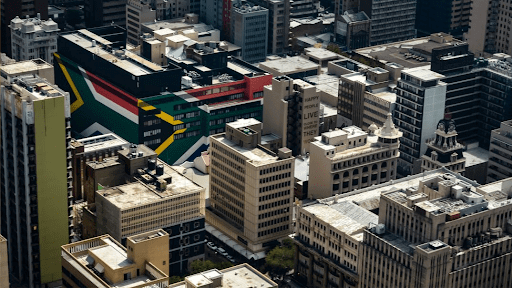 The car ownership model is changing. Factors such as fuel costs, environmental concerns and limited space in cities are forcing us to let go of the expectation that everyone needs their own car. So what does this mean for the future of car ownership?Vehicle ownership is evolving, along with our perception of transport as a whole. Globally, there is a push for the reduction of the number of cars on the road, especially in congested cities. The current economy is also forcing us to evaluate our perception of car ownership. In addition, people are starting to look for alternatives - we’re looking for quicker, and less expensive, ways to travel than sitting on our own in a car for hours during peak-time traffic. It’s not efficient, and most definitely isn’t fun.

So what are the options? Most of Europe, Asia, and the US already have effective public transport systems meaning those who live in cities don’t need a car to get around. And an increasing number of city residents around the world are foregoing vehicle ownership completely or looking at transport in a more dynamic way.

Can a South African family manage with only one car?

In SA we’re already seeing the trend where families are downsizing their garage. Instead of every member of the family owning a car, there is now one shared family vehicle. These families supplement their transportation needs with public transport (where available), ride-sharing with friends or co-workers, or making use of car services such as Uber.

Families are getting creative without giving up any of their freedom. Many young families don’t want to take on the financial risk of vehicle ownership and it’s likely that the next logical step is vehicle subscriptions.

According to News24: One US company, Clutch, is looking to substitute owning or leasing a car with a monthly car-sharing subscription instead. The subscription includes insurance, maintenance, cleaning, taxes and unlimited car-changes, so customers can switch between whichever vehicle they require for a specific purpose. Clutch, of course, will own the vehicle. This subscription service is a business model that can be replicated by today’s big auto dealers and OEMs, which could move into owning and managing fleets of their own vehicles, which in turn would then be deployed by mobility service providers. This could affect the business of banks, as in the recent illustration of a Chinese car-sharing company which listed on the stock exchange to raise capital for its fleet of cars.

Car sharing will undoubtedly affect vehicle sales in the medium to long term. Even if many people will continue to own a car while at the same time use Uber, on a family basis it may alter the decision of whether or not to own a second car, for example, or rather consider a shared car ownership model or even just ‘leasing’ a car as and when needed, as an option for the second vehicle.

Due to our dependence on vehicles, South Africa may be a little slower in taking up these new trends, but that doesn’t mean our transport model isn’t evolving. You just need to spend a day in one of our bigger cities, and you’ll quickly see that one trend is for sure: commuters are hungry for better solutions, and we will find a way to make it work for us.

The future of driverless cars

Admit it - we’re all waiting for the effortlessness that will come with autonomous cars. The fact is, driverless cars are already a reality. They’re here, they can do the job, but the trick is to iron out all the details of how we integrate them with non-autonomous vehicles and how we insure them  - who becomes liable in the event of an accident?

This article nicely summarises all the admin that needs to be agreed upon before we can start integrating driverless cars into daily society. There’s a lot of work to be done, but when you listen to public opinion and look at the direction vehicle manufacturers are taking, it’s merely a matter of time before we start seeing the first steps being taken in South Africa.

Read this article on whether South Africa is ready for autonomous cars.

There is no clear template for what the future of car ownership in cities will look like. Each city is different and although there may be some industry best-practice guidelines, common sense says that each city is going to adapt according to its own specific needs.

The one thing that remains universal, however, is that cities and countries will adapt. The economy and the sheer amount of people and cars on the grid will force us to look for solutions. Those laid out above are the most logical steps to building a system that reduces congestion and pollution and makes it easier for us to function in a highly-demanding economic era.

Do you want to manoeuvre through the city with confidence and certainty about everything you need to know about your car? Download the 101 car facts and stay up to date with all things car-related.

Subscribe to our blog and get great driving tips, maintenance advice and car-related articles sent directly to your inbox.